David Rose, Not so Sweet

A few weeks ago David Rose of The Telegraph made a stir, claiming that global warming had been nil over the last 16 years.

It was complete crap, not worthy of a so-called journalist.

What was that claim based on? Only this:

This is a plot of the slope (linear trend) of the HadCRUT4 surface data, from the indicated date to the present.

The "true uncertainty" is the square root of the sum of the squares of these two numbers, which is essentially just the statistical uncertainty (plotted above).

So David Rose's claim of no global warming is dependant on this small, tiny, temporary period between 1997 and 1998 where the 95% CL error bars reach barely into the x-axis.

You really have to wonder how some people sleep at night. You really do. 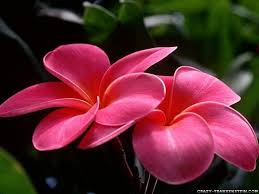 How with this rage shall beauty hold a plea,
Whose action is no stronger than a flower?

About Sandy, and the Ultimate in Cherry-Picking

While I'm sorry not to be back east to experience an historic storm -- I still maintain a child's delight in bad weather, while realizing these storms do a lot of property damage that adults must deal with -- I'm not buying into the hype, either.

And the hype is beyond repair -- Felix Salmon says the storm could result in a "major constitutional crisis." Why? He doesn't say.

My best storm memories are of Hurricane Agnes, that sweep through the mid-Atlantic states. Our house had a 20-ft wide stream boarding two sides of our yard, and it turned into a torrent that swept away our swing set and, as I've written before, finally ruined the relationship between my loud-mouthed grandmother and my great uncle when she told him, about his VW Bug. "You'd better get that damn thing out of the driveway before it floats away!" she yelled at him. I suspect they had issues before this, but it was the last straw -- they never spoke again, as far as I know.

We had storms aplenty in the mountains where I grew up -- we mountain kids routinely missed 2 weeks of school a year due to snow, and were always tromping into school late after a long bus ride, the school's loud speaker asking that we please be admitted late to class. One of my most vivid memories was from my 8th birthday.... I was born on Leap Year Day, so my 8th year was a real birthday, and the first one I was really cognizant of. Of course, I was excited beyond description.... And the day of my party there was a huge snowstorm, and I sat beside a window looking out at all the white as one-by-one my friend's mom's called my mom to say they wouldn't be able to make it to my party.... So me, my brother, and my mom and dad ate my birthday cake after dinner, let-down and somber.

We had a lot of storms up there. We didn't freak out about it -- it was just winter. When the power went out my mother hammered up blankets on the doorframe to keep heat in the kitchen. She or my dad got up in the middle of every cold night, for years, to go down to the cellar and shovel coal into the furnace. No one froze to death, but we did sleep in long underwear with our socks on. My brother and I went out sled-riding in the dark with my cousins, and we came in so frozen we couldn't get our boots off. Warming up was actually painful.

In college I drove my brother and sister back to my grandparents for Thanksgiving. I was a freshman in college, and it was probably the first time I was in charge and on my own. We had this little VW bug of our own that was (in retrospect) a total death trap -- ice would clump under the clutch. At my grandparents there was a huge snowstorm and a tree fell across a power line, and we spent 4 days there without power, cooking hot dogs and beans over their fireplace.... No one died, no one starved to death, and it turned out to be a great memory that I wish I could re-live....

In grad school Hurricane Gloria swept over Long Island and the campus at Stony Brook. The physics grad students came to our offices that morning -- the University tried to herd all the students into the squash courts, but we didn't go for that -- and we watched the storm roll over while the huge plate windows on the building swayed (and some eventually broke). My friend Tom rode in in the middle of the Hurricane... and the eye passed directly over us -- I remember a small spot of blue sky -- and then the wind started again in the opposite direction. The campus had its own generators, but the towns nearby all lost power for a week, so the professors and grad students who lived there had big bar-b-ques every night lest the meat in their freezers went bad. Nothing attracts graduate students like free food, and that it was eaten in backyards by candlelight was so much the better.

Here in Oregon there are hardly ever any bad storms -- the last one was Columbus Day 1962, with winds over 130 mph. The only anomaly that will happen here is another M9 Cascadia Quake, which is overdue and will utterly devestate the region. (Unless Yellowstone blows another supervolcanoe. One of my good friends is a Professor Emeritus of Geology at MIT, and he says he would not live in the Pacific NW because of volcanic risks. I think he's exaggerating a bit.)

Storms happen. As far as I can tell, Hurricane Sandy was a Cat 1 that just happened to coincide with (1) a storm from the west, (2) a cold front from the north, and (3) and full-moon tide.

Climate science is all about trends -- where are they? As far as I can tell Ryan Maue is the best keeper of storm records, and here are his results: 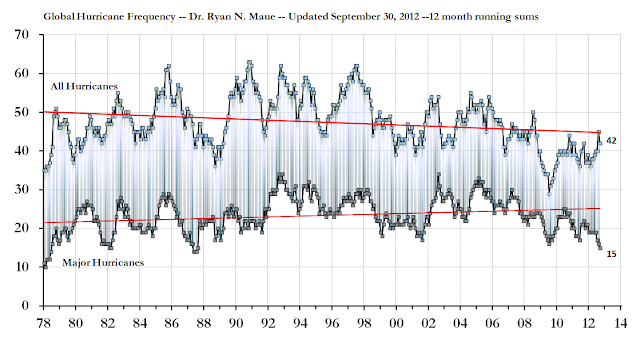 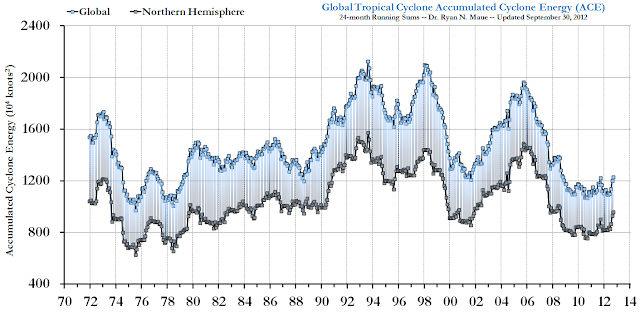 And, if you like Kerry Emanuel's Power Dissipation Index better:

Yes, I know that ACE's deficiency is that it doesn't include the size of storms -- a true energy includes the mass (i.e. size) of a storm, and not just its velocity (squared) -- and Hurricane Sandy was a particularly large storm -- I heard 1000 km at some point. But where are those statistics?

The Bill McKibben's and Brad Johnson's who jump on every storm in service of their cause are just as misguided as climate change deniers. It is the ultimate cherry pick -- wait until an event happens, and they proclaim it as typical. There needs to be just as strong a term for them -- "climate exaggerators," perhaps -- because despite what they think they are doing, they are ruining the cause of controlling carbon and minimizing future impacts. They have turned religious on the issue, and like all zealots they believe their cause justifies any lie.

They have become clowns who can always be counted on to parrot their beliefs, regardless of the facts. And that makes people dismiss the issue, not understand it.

The Failures of the Men of God 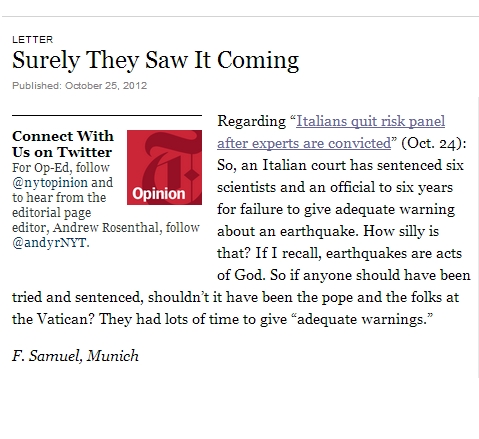 I've taken some time off from blogging, and might take more. I just don't see the return in it, unless somehow I can make some money from it. Or I might take to Twitter (@davidappell), where short and pithy comments are easier and more appreciated, and equally meaningless.

"Are You Just Running on the Issues?"

From the NYT obituary of Barry Commoner, of his 1980 run for President in :


His own favorite moment of the campaign, he recalled many years later, was when a reporter in Albuquerque asked, “Dr. Commoner, are you a serious candidate, or are you just running on the issues?”

Commoner certainly did a lot to elevate environmental concerns, but he went too far at times -- his 2002 article in Harper's, "Unraveling the DNA myth," was not very scientific (naturally, though, Harper's ate it up because of his point of view), which seems to be the case with much of the left's opposition to genetic modification.

A life well lived, though.