The yearly anomaly was +1.69°C above the record's complete average. The record is 356 years long, though with some issues in the early years.

What's more, the annual average was a record without any individual month setting a record (for its month). The lowest ranked month was April, the 8th warmest April in the record.

Here's a plot of the annual anomalies: 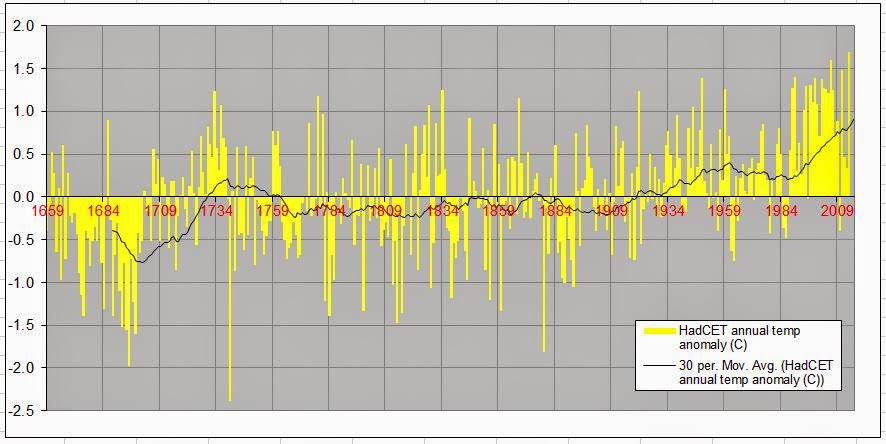