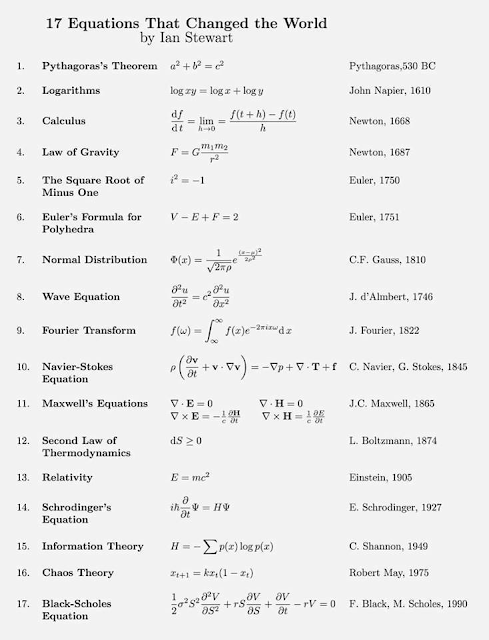 This one ties three familiar numbers together: https://www.math.toronto.edu/mathnet/questionCorner/qc_hlimgs1/image142.gif
..
May not have changed the world, but is simply elegant.

Thanks, CJ. If you write this equation as exp(i*pi)+1=0, it ties five important numbers together....

Mean (aka Arithmetic Mean, Average) = The sum of all of the numbers in a list divided by the number of items in that list.

Also, the variance and standard deviation
(sorry, I don't know an easy way to paste the formulas here)

I would replace the Black-Scholes equation with the Fokker-Planck equation.

The former is a recasting of the latter so it can be used in economics.

The latter is primarily responsible for semiconductor electrical transport modeling.