Is Atheism Consistent With Science?

Is atheism consistent with science? 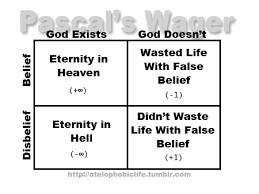 I've been thinking about this since last week, when the winner of the 2019 Templeton Prize said it wasn't.

The John Templeton Foundation's goal is to show that religion and science can ideologically co-exist, and their $1.5M Prize


...recognizes an individual “who has made an exceptional contribution to affirming life’s spiritual dimension.”


I honestly think atheism is inconsistent with the scientific method. What I mean by that is, what is atheism? It’s a statement, a categorical statement that expresses belief in nonbelief. “I don’t believe even though I have no evidence for or against, simply I don’t believe.” Period. It’s a declaration. But in science we don’t really do declarations. We say, “Okay, you can have a hypothesis, you have to have some evidence against or for that.” And so an agnostic would say, look, I have no evidence for God or any kind of god (What god, first of all? The Maori gods, or the Jewish or Christian or Muslim God? Which god is that?) But on the other hand, an agnostic would acknowledge no right to make a final statement about something he or she doesn’t know about. “The absence of evidence is not evidence of absence,” and all that. This positions me very much against all of the “New Atheist” guys—even though I want my message to be respectful of people’s beliefs and reasoning, which might be community-based, or dignity-based, and so on. And I think obviously the Templeton Foundation likes all of this, because this is part of an emerging conversation. It’s not just me; it’s also my colleague the astrophysicist Adam Frank, and a bunch of others, talking more and more about the relation between science and spirituality.

I just don't get this. I wonder if Gleiser is agnostic about the existence of thousand-legged purple elephants? Billion-legged? Purple elephants with 105846 legs?

Is there a scientific reason why elephants can't have 1000 legs? Maybe too much body mass to eat for...or maybe we just haven't discovered the ninth force that makes 1000 legs possible but rules out any more or less as impossible.... What about 120 legs, then? Polka-dotted pachyderms? Does Gleiser think somewhere on Earth there may be a (natural) polka-dotted elephant with a head the size of a dump truck? With antlers? That can play Beatles songs on the guitar? Does he keep an open mind or does he say, no, those don't exist.

I think (s)he -- or anyone -- would say such a creature doesn't exist. (S)he wouldn't equivocate about it -- 'jee, we just don't know, ya know?' -- they'd make a definitive statement. Because leaving your mind open to all such possibilities is impossible -- otherwise we'd never have evolved to this stage, we'd never get anything done. If a writer thought he had to worry about the possibility of all the air in his room suddenly gathering in the top northward corner -- a possibility calculated by (I think it was) George Gamow in One, Two, Three Infinity -- he'd never get anything on the page screen. Our minds have to be atheistic on many possibilities in order to get just from one day to the next.

Sure, you could say you're agnostic about that possibility -- jee, we just don't know -- but what's the point of that? To me it seems just a (too) cute rhetorical device to say we ought to be open to a god's existence (a god which no one ever describes in enough detail to seriously envision), the god John Templeton wants you to accept, so read your Bible and say your prayers and tithe to his church. Which is just a way to defend one's belief in a supernatural something even when there is no evidence whatsoever, to have your wafer [and wine] and eat it too. To me that seems to preclude serious thought, not encourage it.

I have no problem, of course, if someone is religious. But I think it's going too far to tell me I ought to be religious because jee, we just don't know. There are too many amazing things in this world that I want to see and learn about for me to spend time on something I've concluded I shouldn't spend any more time on because there's no evidence for it. Extraordinary claims require extraordinary evidence, not a mind so open it can make no sense of the world. Personally I think this world would make more sense and be kinder and more peaceful if religion and its intense belief in things without evidence -- beliefs that lead some of its adherents to violence and wars and horrific, premeditated violations of others -- didn't exist.

People who are kind will be kind whether God exists or not. But people who are not kind too often use religion to hide their unkindness. I think that's what Gleiser's philosophy leads to -- excuses. In other words I don't think his argument is morally neutral. He wants us to ignore arguments -- ignore our way of successfully navigating the world and discovering its workings -- about thousand-legged purple elephants when, and only when, it comes to God.

But yeah. Joking aside. Keep an open mind, but not so open that your brains fall out.

"what is atheism? It’s a statement, a categorical statement that expresses belief in nonbelief."

This is a straw man argument, an intentionally weakened definition of atheism to make it appear that there is only "belief" in nonbelief. Modern day atheism consists of a variety of logical and scientific arguments against the god of the monotheistic religions. How does one reconcile a moral, but hidden god from those who are honestly searching for evidence of her existence? What is there so much gratuitous suffering in the world and how does that reconcile with an all knowing, all powerful and ever present god?

But I think modern physics itself provides a stronger basis for atheism. In response to the old question of why there is something rather than nothing, we now know that the total energy in the universe is zero so that negative gravitational energy cancels out the positive energy represented by matter. We also know that in the beginning the universe was in a state of maximal entropy and that it is the expansion of the universe, therefore increasing the maximal entropy, that allows order to form out of the chaos. Finally we know that the laws of the universe can be explained by the concept that there is no special reference frame in the universe --- no unique point in time leads to conservation of energy, no unique point in space leads to conservation of momentum.

Allow me to throw Gleiser's statement right back at him: agnosticism essentially states that the existence of God, of the divine or the supernatural is unknown or unknowable. That is, agnosticism essentially puts the question about the existence of God/divine/supernatural outside of the realm of science, which is just as much unscientific as he claims atheism is. Or, said in a different way, Gleiser's own view means that atheism cannot be unscientific, because it is an answer to a question agnosticism itself considers not scientifically accessible.

Harari argues that a common belief in things that don't really exist is a strength of Homo Sapiens. It allows large numbers of us to work cooperatively. From Harari's POV, some examples of this sort of belief are religion, money, countries, and corporations.

I don't see anyone discussing the difference between possibility and probability.

A thousand legged purple pachyderm is possible, but not probable.

Similarly a God is possible, but in a universe governed by natural law she is not probable.

If anyone asks me if there is a God I say "Probably not".

If pressed to express a belief in God I say I'm a Pastafarian.

Thanks DavidinCal, I'll definitely get a copy of that book.

I was a teenager when I recognized a flaw in Pascal's Wager. What religion are you supposed to believe in? If God exists, but you have belief in the wrong religion, you still get -∞.

Religions are not equally compatible with science. A related question is, Which religions are more conducive or less conducive to doing good science? A look at Nobel Prizes in science per population might be one way to get an indication.

David, another flaw it that it assumes you can just choose to believe. If I start out thinking the existence of the Christian God is preposterous, how do I go from there to genuine, sincere belief in God just because it would be advantageous for me in the unlikely case that he exist? I can pretend, of course, go to church, say my prayers, but God can see into my soul and won't be deceived.

I do not personally hold such beliefs. I am also a serious musician as well as a scientist, and singing in the chorus for the Brahms “German Requiem” was one of the most profound experiences I have ever had. As was the Britten “War Requiem”. As was the Faure Requiem. As was the Verdi Requiem. While these pieces deal with death, I think of them as primarily as antidotes to religion, in that these achieve a spirituality that has nothing to do whatsoever with any organized religion or dogma - although the text might (as in the Verdi or the Faure).

The Templeton foundation is, IMO, pursuing a chimera.

I would also argue that a scientific proof of the existence of a supreme being is not possible, since it would supplant faith with reason. Without faith, religion is a hollow shell, isn’t it?