We Just Had the 2nd-warmest La Nina Season

The ENSO season runs from July-June, so it just ended.

There was a weak La Nina this season, just as there was last. This one was a little weaker, and the temperature records went accordingly.

I've only looked at the temperatures for NOAA (surface) and UAH (lower troposphere). Going by UAH's temperature for the global lower troposphere, including, now, June's, 2017-8 was the second-warmest La Nina year since UAH records begin in late 1978.

La Nina seasons keep getting warmer (except, barely, this year, but then the La Nina, while weak, was stronger than 2016-2017). So do El Nino seasons. So do neutral seasons.

I should put up a pretty graphic here, but instead I'll link to this one, which is slightly out-of-date but communicates the essence. 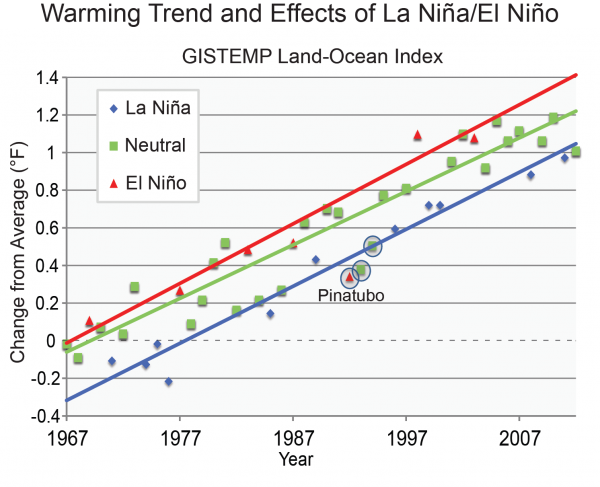