Who's Burning the Fossil Fuels?

Here's an admirable case of bookkeeping: "Global Carbon Budget 2018" in the journal Earth System Science Data by Le Quéré and about 80 other co-authors. They crunch a lot of numbers to present the trends in where carbon is coming from and where carbon is going. It's open access, so I'm only going to highlight a few things I found interesting about their Figure 5 on emissions: 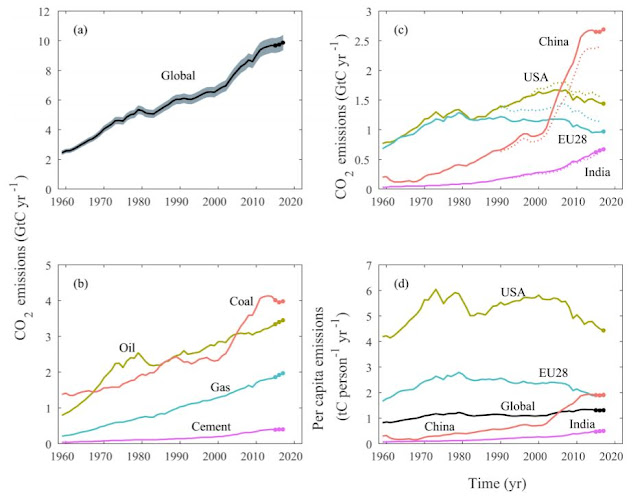 Some things I noticed:

Yeah, you spelled the word "who's" wrong.