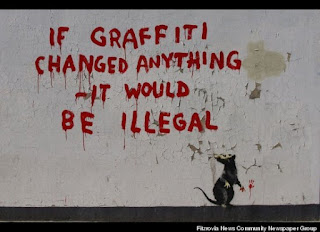 Iowa just enacted a law that bans anyone from posing as an employee to gather information about animal cruelty.

Not only does that seem to violate the First Amendment, it would have banned the research that lead to one of the 20th century's great American novels: The Jungle by Upton Sinclair.

In 1904 Sinclair went undercover and spent seven weeks working in the meatpacking plants of the Chicago stockyards, gathering information for a magazine article he later expanded into a book.

Nor is this the only attempt to criminalize inconvenient speech, such as by labeling it terrorism.


Some say the broad definition of domestic terrorism the FBI uses contributes to the number of investigations. According to its 2002-05 terrorism report, “A terrorist incident is a violent act or an act dangerous to human life, in violation of the criminal laws of the United States, or of any state, to intimidate or coerce a government, the civilian population, or any segment thereof, in furtherance of political or social objectives.”

As a result, any act aimed to intimidate an individual or corporation that has a political or social goal qualifies.

On exactly these same grounds those who participated in the Boston Tea Party, or simply encouraged it, would be charged as terrorists.