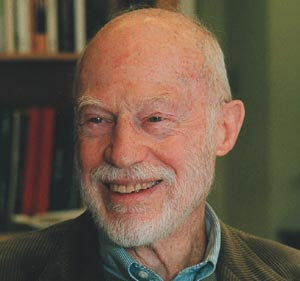 From the essay "God's Rays" by theoretical physicist Bryce DeWitt in the January 2005 issue of Physics Today. (DeWitt died in 2004.)


So where does that leave the amateur theologian, the young and eager theoretical physicist? Weinberg says, “The effort to understand the universe is one of the very few things that lifts human life a little above the level of farce, and gives it some of the grace of tragedy.” It surely does that. But are there no other bright spots? For not everyone is a theoretical physicist. Many years ago I had a postdoctoral assistant named Heinz Pagels, a very nice young man and very bright. Unfortunately he died in a mountain accident before he could display his full potential. He left a wife, Elaine, whom I have met only once, years ago, but who has meant a lot to me through her writings. She is a religious historian specializing in the first three centuries of the Christian era and in particular in the so-called Gnostic Gospels, several manuscripts of which were discovered in a cave in Egypt in the middle of the 20th century. The period before 300 AD is a very difficult one to write about; the evidence is so fragmentary. The historian has to present every scrap of speculation about this period that has been put forward by dozens of other historians, and then answer those with whom she disagrees. Nevertheless, after all preliminaries have been cleared away, one message comes through loud and clear. Many Jesus cults arose around the Mediterranean basin in those years. Some believed that Jesus was divine, others that he was just a man. Some had their own gospels, with stories and sayings of Jesus. Some had their own bishops—intellectual types who couldn’t resist trying to propose frameworks for belief. But the cults themselves typically arose among the lowest social strata (slaves, beggars, convicts) who were coming into contact, for the first time, with a “religion” very different from those they already knew about. This new religion touched such a deep chord in them that many were willing to oppose the authorities on its behalf even if that opposition meant death. And all these developments took place before Constantine co-opted the political power inherent in the new religion by setting up the Council of Nicaea in 325 AD. What was the new element in this new religion that had such an overwhelming impact? In a word, love. That is the key word, for believers and nonbelievers alike, that raises our existence above the level of farce. And it needs no religious framework whatever to exert its power.