Worse Even Than the Heartland Billboards?

This is from The Daily Caller. A new low in the culture/climate debate? 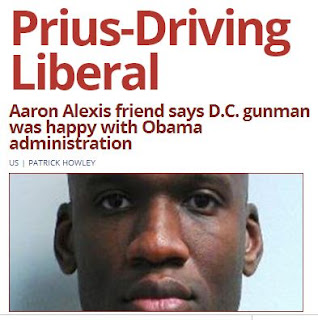 The text is even worse:


A friend of Navy Yard shooting suspect Aaron Alexis said on CNN Tuesday that the alleged gunman was “more of a liberal type” who was happier with the Obama administration than with the Bush administration.

That's right -- we now have the insinuation that those who are "liberal types," drive Priuses, and voted for Obama are somehow responsible for mass murder.