March was a hot month, globally. Recording the daily reanalysis temperature from the U of Maine site, as I described here, my estimate for GISTEMP's March anomaly is +0.86°C.

That would make it the 3rd-warmest March since 1880, and the 4th-warmest of any month since then.

Over the last several months the HadSST3 sea surface temperature has been more linear with the U of Maine daily average (R2 = 0.92 since August); my guess for HadSST's March anomaly is +0.36°C, which would be their lowest anomaly in 12 months.

Here are my two graphs: 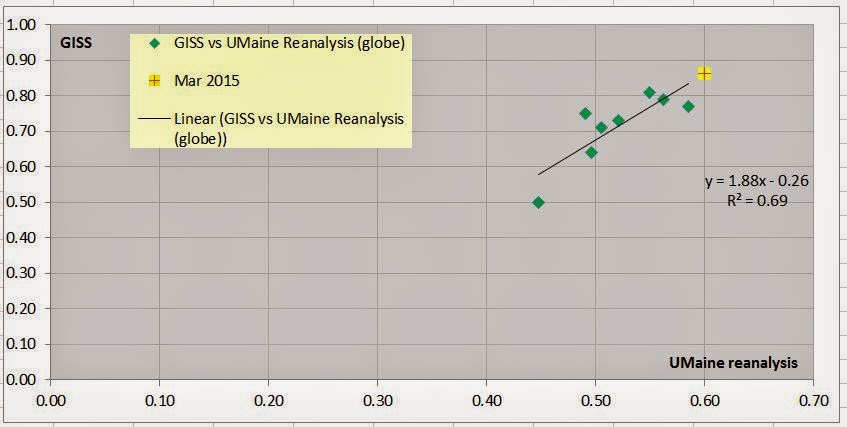 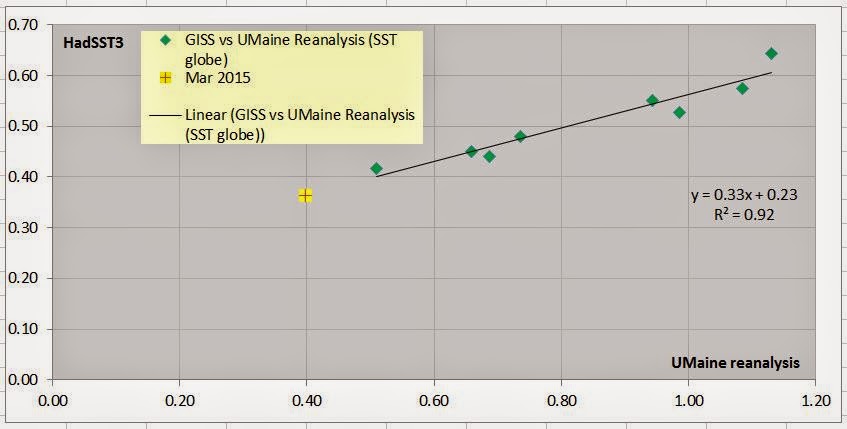