This year's El Nino is still going strong, and, at least in terms of the temperature anomaly of the commonly cited Nino3.4 area in the equatorial Pacific ocean, has surpassed the 1997-98 El Nino: 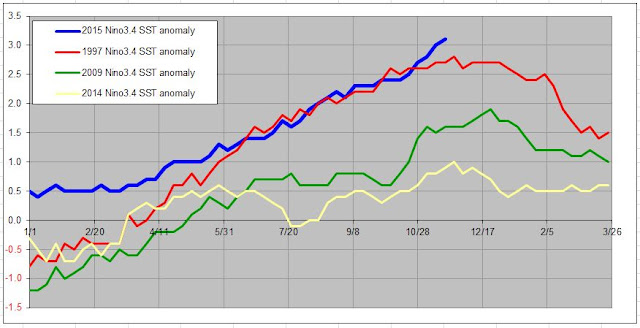 The Australian Government Bureau of Meterology thinks sea surface temperatures are "approaching their peak, and will decrease in the first quarter of 2016."

They add that the impact on surface temperatures will continue for many months, "With such warm SSTs, models suggest the tropical Pacific is unlikely to return to neutral until at least autumn 2016, although impacts on Australian climate are likely to decline prior to this."

NOAA SSTs are already on a remarkable run where every month since February has been the warmest such month in their records. This year, together with late last year, has seen a surge of about 20 years-worth of the "normal" AGW SST-trend: 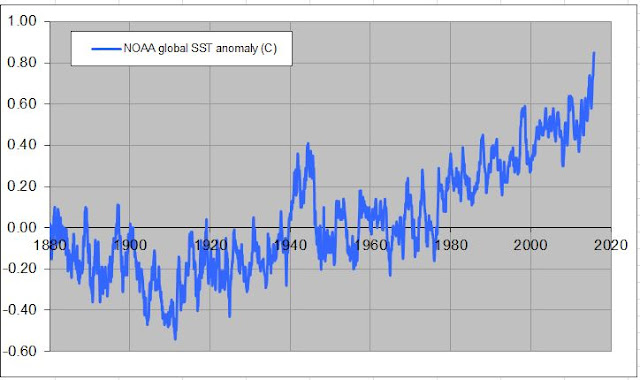