It's supposed to be 107°F here again in Salem -- that was yesterday's high, a record -- and on top of that there is noticeable haze in the air, which meteorologists say is due to wildfires in British Columbia and in the mountains east of Salem. Here's a view of the haze here: 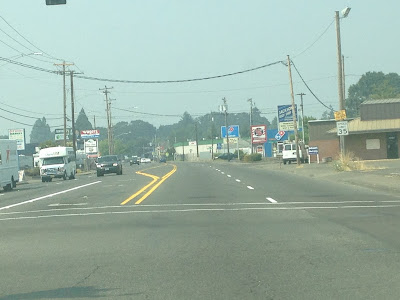 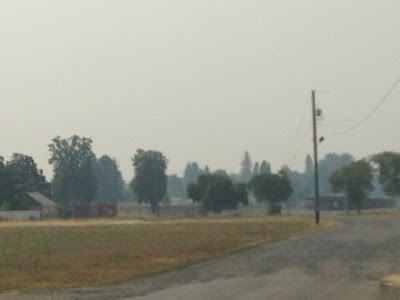 It's just a bit eerie.... Here's a satellite view of the Pacific Northwest, showing the big picture: 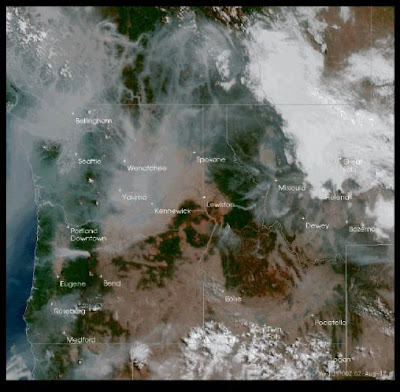 Meteorologists say the haze is keeping temperatures down a degree or two. There's an air quality alert for most of the state. In Portland it's even worse, with the air called "unhealthy" [news video that I can't get to embed; pictures from Portland].

I didn't mind the heat when I was younger -- I lived for 3 years in New Mexico and a year and half in Tempe, Arizona, and bicycled lots -- but as I've gotten older -- and, okay, larger -- I find it unpleasant. 80°F is about the top for me. The average high peaks at 84°F here, but in recent years there have been 100+ °F heat waves every couple of years. This is the worst I've see since I've been here. I loathe air conditioning, but am using it these last few days -- a fan just isn't enough. Even my cats are content to stay inside.

Saudi Arabia beat them by a hair though in 2015 for hottest month ever recorded.