Some Things I Noticed Today

GISS's global temperature anomaly for July was the warmest July in their record, albeit only by 0.01°C, so technically it's a statistical tie. (But global warming is only preceding at about 0.02°C/yr, by itself a statistically insignificant. Short-term comparisons are really just numerology.) Also, they've changed their ocean surface data from ERSST v4 to the newer ERSST v5.

Still, it's rather surprising July was so warm. The El Nino has been over for a year now, and the most recent season, 2016-2017 that just ended with May/June/July, was a weak La Nina, according to the ONI.

JFK, upon Accepting the Liberal Party Nomination for President, New York, New York, September 14, 1960: "What do our opponents mean when they apply to us the label, "Liberal"? If by "Liberal" they mean, as they want people to believe, someone who is soft in his policies abroad, who is against local government, and who is unconcerned with the taxpayer's dollar, then the record of this party and its members demonstrate that we are not that kind of "Liberal." But, if by a "Liberal," they mean someone who looks ahead and not behind, someone who welcomes new ideas without rigid reactions, someone who cares about the welfare of the people - their health, their housing, their schools, their jobs, their civil rights, and their civil liberties - someone who believes that we can break through the stalemate and suspicions that grip us in our policies abroad, if that is what they mean by a "Liberal," then I'm proud to say that I'm a "Liberal.""

Rich Lowry, Politico: "Trump’s sensibility is highly unusual for a politician—let alone for the leader of the free world—but very familiar from the internet or social media. As his news conference showed, his level of argument is at the level of a good Breitbart blogger, or of a Twitter egg of yore. He would absolutely kill it in the comments section of a right-wing website or trolling a journalist." 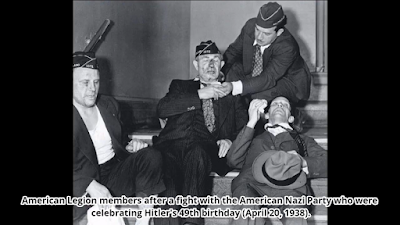