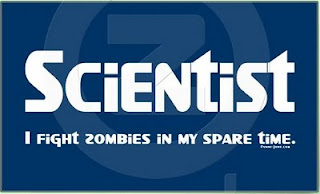 Do you get the impression the canonical climate science community has had enough with the abuse and is making a concerted effort to fight back? Not just the Climate Science Rapid Response Team, but the quick pushback to the Spencer and Braswell paper in Remote Sensing (who knows what was said to the editor behind the scenes?) with the fast paper by Andrew Dessler, Dessler's op-eds in the Houston Chronicle (here and here), and a recent op-ed by Kerry Emanuel and Peter Frumhoff that appeared in the Austin Statesman, Ray Bradley's new book, and John Abraham's earlier molecular-level disembowment of Lord (and-I-have-the-letters-patent-to-prove-it!) Monckton.

Yesterday saw Michael Mann's scorching rebuttal to a particularly ignorant and abusive opinion piece that appeared only one day earlier in the Vail Daily by Martin Hertzberg. This paper serves rural Colorado and has a circulation of only 15,000, but Mann unleashed both barrels:


"An individual named Martin Hertzberg did a grave disservice to your readers by making false and defamatory statements about me and my climate scientist colleagues in his recent commentary in your paper.

"It's hard to imagine anyone packing more lies and distortions into a single commentary. Mr. Hertzberg uses libelous language in characterizing the so-called “hockey stick” -- work of my own published more than a decade ago showing that recent warming is unusual over at least the past 1,000 years -- as “fraudulent,” and claiming that it “it was fabricated from carefully selected tree-ring measurements with a phony computer program.”

These are just lies, regurgitation of dishonest smears that have been manufactured by fossil fuel industry-funded climate change deniers, and those who do their bidding by lying to the public about the science."


"Mr. Hertzberg then continues the smear by lying again about my work, claiming that “when those same tree-ring data actually showed a decline in temperature for the past several decades, Mann and his co-authors simply ‘hid the decline' by grafting direct measurements (inadequately corrected for the urban heat island and other effects) to his flat tree-ring line.”

"That is, once again, a string of lies tied together. This statement falsely equates my work, which was not based on tree rings but rather a diverse network of different types of “proxy” climate data, with tree-ring work by an entirely different scientist, Keith Briffa of the University of East Anglia.

"And it is is a highly dishonest characterization of his Briffa's work, as well, since the “decline” was a well-known problem with those particular data that Briffa was the first to describe and attempt to deal with, in the scientific literature.

"Mr. Hertzberg's lies are pernicious. Their intent appears to be to do convince you that there is no harm in our continued unfettered release of carbon into the atmosphere."

The paper responded by removing Hertzberg's article from their site -- but you can find a Google cache here.

I don't blame scientists for being fed up; it's a shame it's come to this, because they have better things to do. (I'm not one of those who think scientists have an inherent or ethical responsibility to communicate with the public; doing good science is hard enough and requires a lot of focus, and too often they get slammed as activists). With the possibility of Rick Perry become the Commander in Chief of Greenhouse Gases, let's hope they succeed.
Posted by David Appell at 10/02/2011 01:23:00 PM