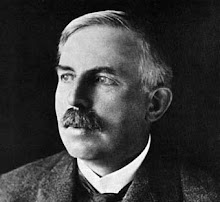 Did you know that Ernest Rutherford, titan of physics who discovered the nucleus, died essentially because he was a "Lord" and no untitled doctors were allowed to fix his ordinary problem? James Poskett gave the story in the Sept 2011 issue of Physics World:


You wake up with an extreme pain in your stomach. Something is seriously wrong. After a fit of vomiting, you are rushed to the nearest medical clinic and, naturally, expect the best doctor straight on the scene. This is what happened to Ernest Rutherford on the night of Thursday 14 October 1937. But Rutherford, by then Lord Rutherford of Nelson, was in the unusual position of having risen so high up within the British establishment that the doctors could not touch him. He lay there in intense pain with a strangulated umbilical hernia, waiting for medical treatment despite being surrounded by some of the country’s best doctors. Why? Because as late as the 1930s, British peerage protocol dictated that only a titled surgeon could operate on a lord. The doctors at the Evelyn Nursing Home in Cambridge could do nothing but wait for the arrival of the knighted surgeon Sir Thomas Dunhill, travelling all the way from Harley Street in London.

The delay cost Rutherford his life. Dunhill arrived in Cambridge but was only able to perform the operation on Friday evening. Despite initial optimism, it was too late: the hernia, having cut off the blood supply to Rutherford’s bowel, ultimately proved fatal. The tissue death and shock of surgery were too much, and he died on 19 October 1937 aged 66.

The rest of the article is good too. They have more, with some videos, on their site. This site from New Zealand (Rutherford's home country) looks good too.
Posted by David Appell at 10/23/2011 04:05:00 PM

the entitlement issue was solely at the discretion of the peer in question. If he had wished for any doctor to operate all they needed was his permission.

Thomas Dunhill was the Surgeon Royal and a gifted surgeon. Having trained in St Vincents Hospital in Melbourne he was an antipodean Surgeon; perhaps this connection was the reason for the consultation. Sir Mark Oliphant notes this in his memoir. Strangulated umbilical hernias are deceptive in their risk for serious outcomes, more so in a pre-antibiotic, pre-intensive care era. One difficult decision with an acutely obstructed hernia is after relieving the strangulation whether to reduce the injured segment of bowel or to resect; doing this in a cottage hospital would have had many risks such as aspiration, basic anaesthetic equipment and ER may have had undiagnosed co-morbidities despite his healthy appearance; he was pruning a tree when he developed the pain.