The Polar Portal, and More 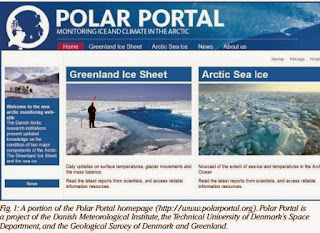 EOS has an article about the Polar Portal, a new site designed to give real-time changes in Arctic ice (which includes Greenland). This is a good idea that I hope to see more of; so much data is out there, but too often on obscure FTP sites with inadequate documentation.

David Keith has a book out titled A Case for Climate Engineering.

(I've interviewed him for a couple of my articles; Eli Kintisch wrote a nice profile of Keith for a recent issue of Science.)

I missed this in September: a PNAS paper found that without the enhanced vegetation growth that has accompanied increasing levels of atmospheric CO2, atmospheric CO2 would be approximately 85 ppm higher than it is today. and the planet would have warmed by an additional 0.3°C.