The U.S. Energy Information Agency released its number for last year's energy-related emissions of carbon dioxide from the consumption of fossil fuels: 5.29 gigatons, down 3.8% from 2011. 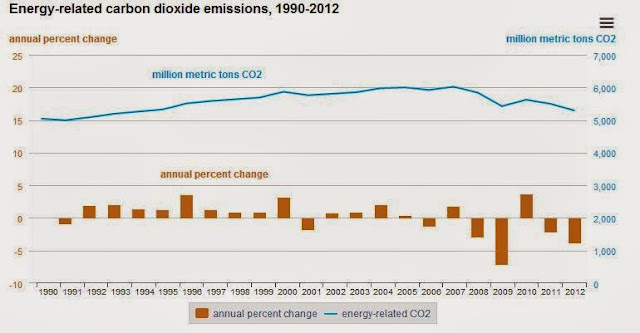 Energy-related carbon dioxide emissions have declined in five of the last seven years and are the lowest they have been since 1994.

Unfortunately, no matter what the annual decline, it never seems enough (because it isn't).