NASA GISS's global temperature anomaly last month was the highest October in their records, and the 7th-warmest month ever, tied with last month.

That's the third month in a row it's set a record, for that month. (Since they're anomalies, any month can be compared to any other month, regardless of whether it has the same name, but comparing them by month is (1) fun, (2) a reminder that it's still warming.)

Here's the warming from any given year to today. The total warming according to GISS is now +0.88°C, which rounds to 0.9°C, instead of the "0.8°C" you usually see quoted. Update your vocabulary. 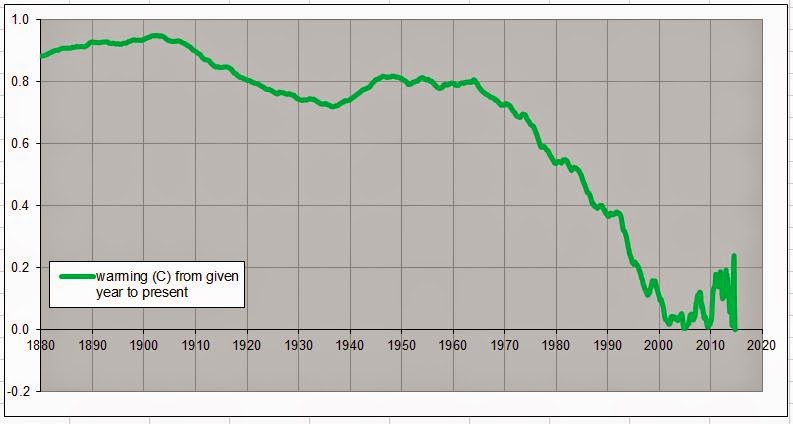