When U Thant Was Overly Dramatic

"I do not wish to seem overdramatic, but I can only conclude from the information that is available to me, that the Members of the United Nations have perhaps ten years left in which to subordinate their ancient quarrels and launch a global partnership to curb the arms race, to improve the human environment, to defuse the population explosion, and to supply the required momentum to development efforts. If such a global partnership is not forged within the next decade, then I very much fear that the problems I have mentioned will have reached such staggering proportions that they will be beyond our capacity to control."

-- U Thant, Secretary General of the United Nations, 1969, from the Introduction to The Limits to Growth (pg 14).

The authors then give this projection, and we're at the apex about now: 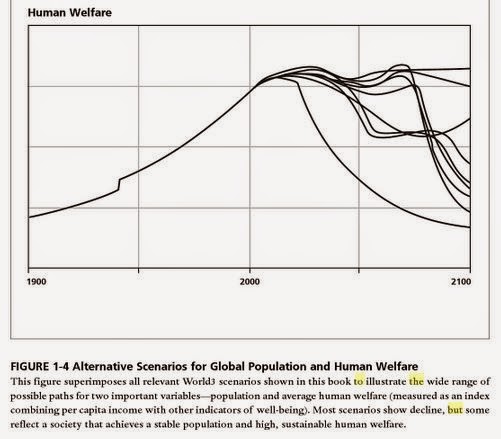 On the other hand, they were remarkably accuate with their CO2 projection; the atmospheric CO2 value for January 2000 at Mauna Loa was 369 ppm: 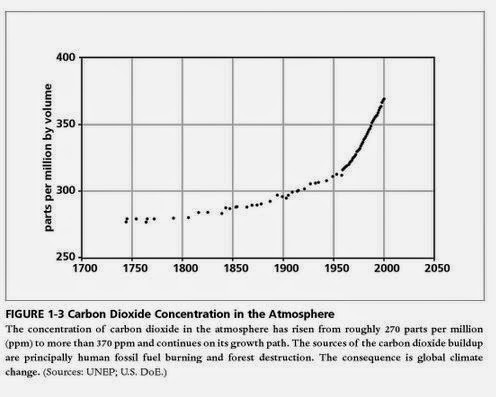