The Heartland Institute tried to be cute on Twitter, but just proved how miserable their science is:

Breathing doesn't create CO2 -- it just recycles it. Breathing is carbon neutral, which is why atmospheric CO2 levels were essentially constant for millennia before the Industrial Revolution, despite lots of humans and other animals breathing --and, as well, lots of animals breathing for a few hundred millions years before the Industrial Revolution.

In any case, I recall reading somewhere that humans exhale only 0.9 kg/day of CO2 -- just a couple percent of what we Americans emit (an per capita average of 47 kg/day (= 104 lbs/day)) by burning fossil fuels.

Sad thing is, I doubt @HeartlandInst care one iota that they got this wrong. 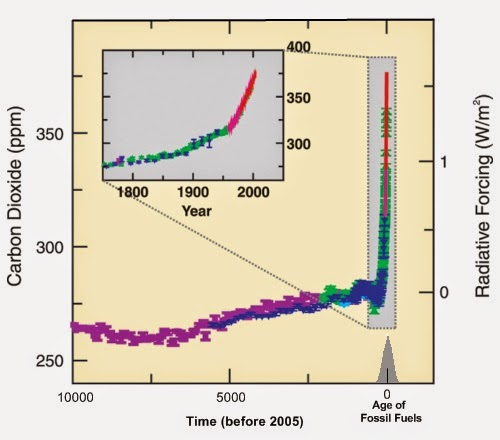 What's Heartland got against modern-day gymnosperms?