My estimate for GISS's global temperature anomaly for April is +0.66°C.

This is based on the daily reanalysis numbers published by the University of Maine Climate Reanalyzer, as described here. This makes April significantly cooler than March's +0.84°C, but it's still the 4th-warmest April since record-keeping began in 1880.

Year-to-date, i.e. for [only] he first four months of this year, this puts GISS at +0.13°C warmer than 2014. Assuming my estimate for April is correct, GISS only needs an average anomaly of +0.63°C for the rest of the year to establish a new record: 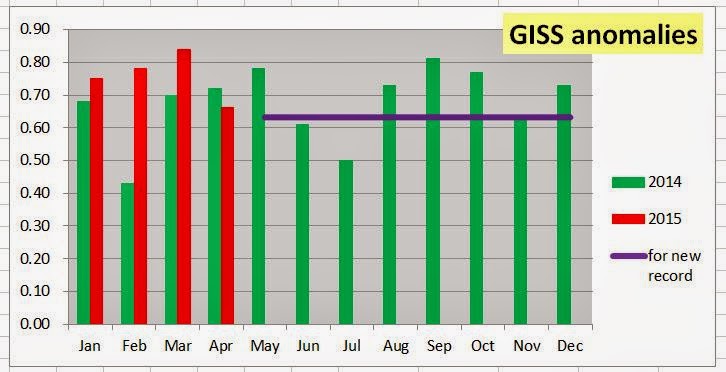 The Reanalyzer shows the El Nino really gaining steam (so to speak), which suggests a likelihood of warmer months ahead: 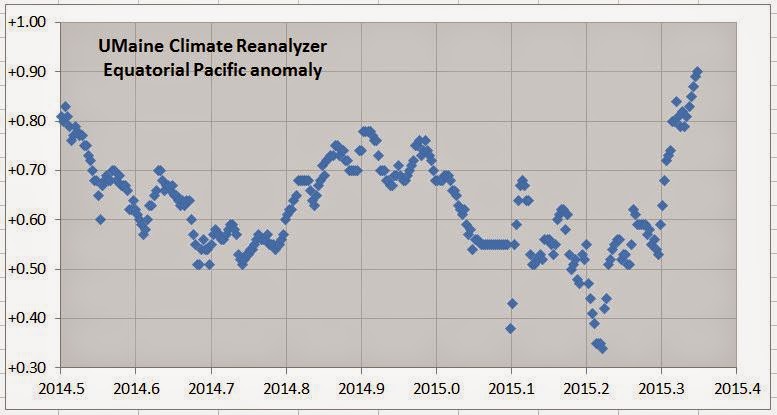 Does anyone expect the El Nino temperature change to show up in the RSS and UAH figures - they have appeared to be sensitive to El Ninos and La Ninas before.

I'd be surprised if this year's El Nino didn't show up, though it might be several months.....