NOAA found the average global temperature anomaly for March to be the warmest for any March in their records, and the third-warmest of any month since 1880 (after only the tie between Feb 1998 and Jan 2007). 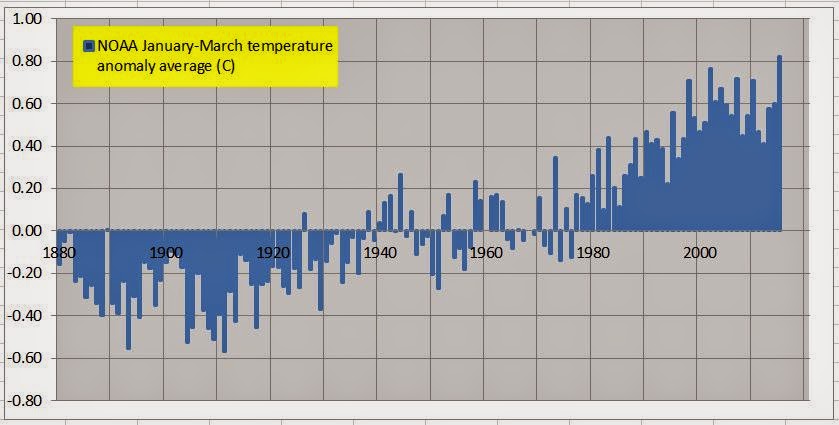