Some Big Adjustments to UAH's Dataset

The UAH group has released version 6.0beta of their temperature anomalies, doing an extensive rethinking and rewriting of their algorithm and code. It looks like a huge amount of work. You can read all about it (and should) at Roy Spencer's site.

The upshot is that the global trend for the lower troposphere decreases from 0.14°C/decade to 0.11°C/decade. That's over all 36.3 years of the record.

The new version is a beta version, so naturally there may be some kinks to work out. To far, there are some surprising large changes in both directions. (I'll only look at the lower troposphere, since that's of most populat interest.)

Here is their graph of the changes, for the monthly global numbers only: 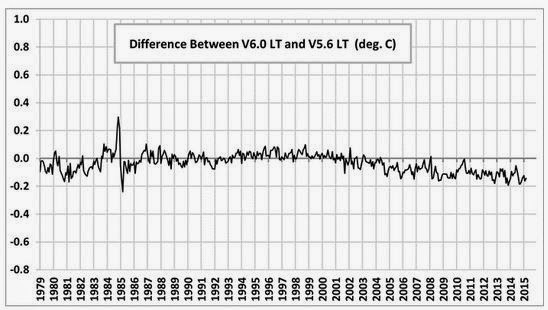 First, here are the data:

Here are the comparisions, for each region. I've highlighted what seem to me to be surprisingly big increases, and in blue suprisingly big decreases. 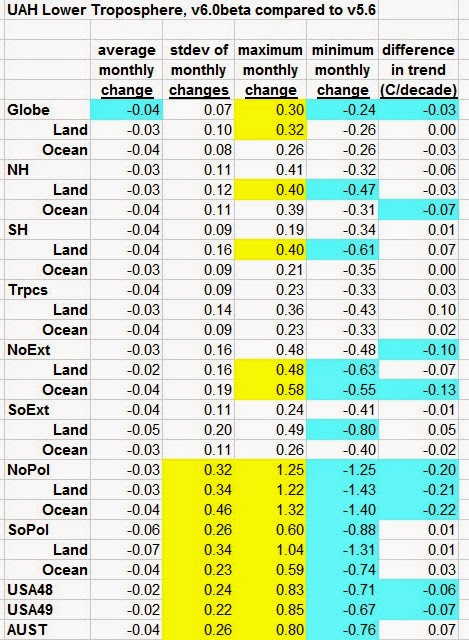 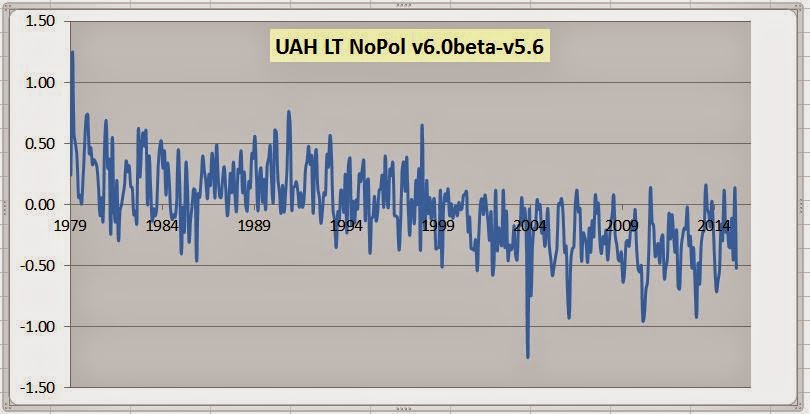 The two most extreme changes are

Many of the largest changes are from decades ago:

But even some recent changes are quite large:

I'm not saying there is anything wrong or untoward about these changes -- I have to trust the UAH group, just like I have to trust GISS, HadCRUT4, Cowtan & Way, etc. Of course, UAH's work needs to be published and peer reviewed, just like all the others.

This will be a litmus test for contrarians. Can you imagine the howling if GISS changed a past month by +1.32°C? Unfortunately, I expect they will convince themselves these changes are good, but adjustments to the surface dataset are not. In fact, they already are.
Posted by David Appell at 4/29/2015 01:40:00 PM

Yes I like the idea of an independent review, why not?