This figure is from the recent paper in Nature Climate Change by Peter Gleckler et al, "Industrial-era global ocean heat uptake doubles in recent decades." The long-term acceleration in the rate of heat gain is obvious -- another unsurprising hockey stick. 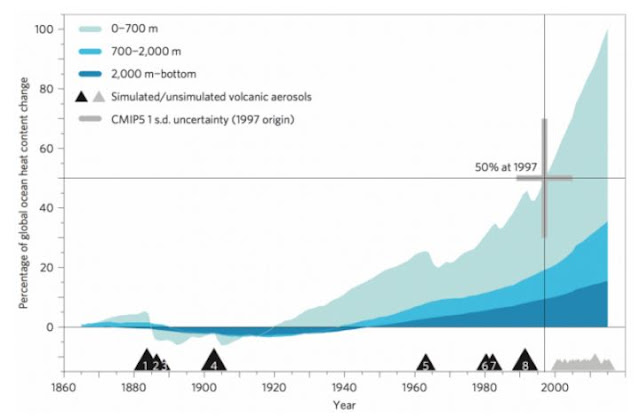 First, it's interesting to see the effects of large volcanic eruptions on ocean heat content, leading to clear, smoother and noticeable changes in ocean heat content (OHC) for the 0-700 m region. Ocean warming really is the best way to measure a planet's energy imbalance.

Is the OHC of the 0-700 m region still increasing exponentially? Or is it now linear?

While I don't have all of that paper's data handy, I thought I could easily do something similar with the NOAA data I do have. In the following plot, I graphed the doubling time for heat content for the 0-700 meter region: 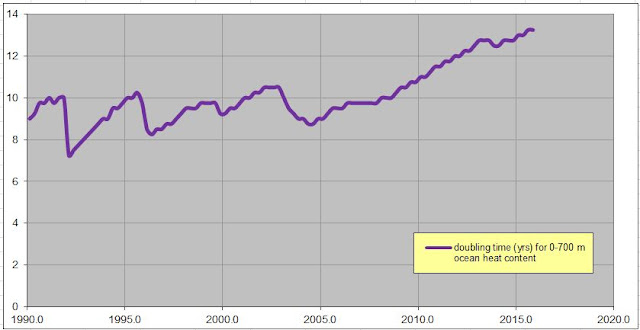 So the doubling time isn't quite constant -- it's increasing slowly with time. If it was constant, the change would be exponential -- as would its rate of change -- which is must faster than a second-order polynomial which gives a constant acceleration.
Posted by David Appell at 1/27/2016 09:17:00 PM