I am proceeding with a law suit against Joanne Codling (joanne@goldnerds.com), whose stage name is "Jo Nova."

Every bit of her post here is a lie, and libelous, and she hasn't any proof at all except hearsay and the lies of others:

This lie comes from "Phil Jourdan" (who I've heard might be "mpainter" who was banned from Roy Spencer's blog). You'll notice he accused me of "stalking and threatening children," which in no way does his citation support. He's on the list too. 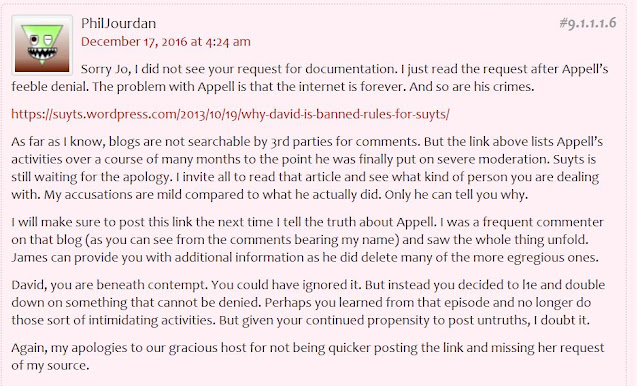 This also is full of lies, which he said came from the fake name "Suyts" at Wordpress, real name "James Sexton": 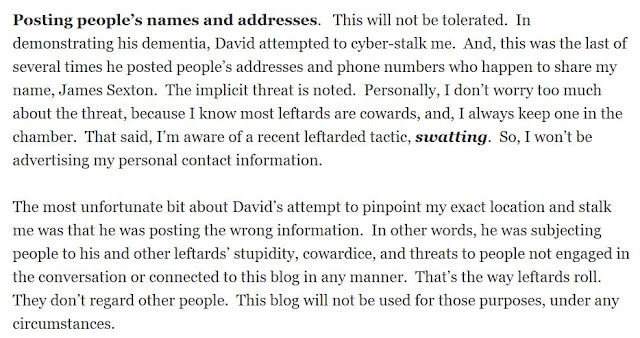 BTW, James Sexton wrote this over three years ago, but I pay so little attention to him I didn't see it until now.

I have already been in touch with Wordpress about Sexton's libelous post.

I have had some luck with Wordpress in the past. My IP address and email address was posted on WUWT - the only place that info could have been obtained from was the Wordpress server so it is likely WUWT breached their agreement with Wordpress.

As soon as the info was posted, some of the WUWT trained rats started tracing my IP address.

I have no time at all for Nova. But even so... this announcement would have been better without posting her email address in the first line. Whether it's public information or not, it isn't needed here.

Good luck with your legal efforts, and don't forget Crowdsourcing.

You have always run your blog with courtesy and respect, it does you credit.

Are you sure this is a good idea? She has deleted the information you objected to, you are now re-publishing it. IANAL but if you thought this stuff was damaging, why are you republishing it? And if you don't think it is damaging, how do you have a case?

Unknown said...
This comment has been removed by the author.
5:32 PM

Sorry my bad - I confused "sylas" with "suyts". My glasses need adjusting.

David - Are you suing in the US or in Australia? IANAL but my understanding of US law is that it's a defense if the defamer had a reasonable basis for his false belief. My niece's ex explained to me how coordinated false attacks could be made against someone. First, one person publishes an article with false charges in some minor publication. Then, the whole team can repeat those charges in the major media, saying that they were relying on the original article.

Good luck in your suit.

As far as I understand it "reasonable basis" would be called "honest opinion" in Australian law. If what was published was framed as an "opinion" and not "facts" then it might be a defense. Republication of someone else's defamation is still considered defamation, this probably includes publishing a link.

As far as I understand it the only real defense is the "truth" defense ie the defendant has to show what they published was substantially true. And if the court decides "malice" was involved then none of the defenses can be used. So you can publish something that is substantially true, but if you acted out of malice you are still in trouble.

Lord Monckton mentions Jo Nova a couple of times in this video.