Ocean Heat Content Up for the Quarter, Down for the Year

Ocean heat content is heading back up again, after the El Nino apparently took a lot of heat out ocean and sent it into the atmosphere.

I think the time period of the (good) Argo 0-2000 m data -- just 12 years -- is still too short to make meaningful conclusions about acceleration. Though, admittedly, that didn't stop me from doing so in the past. 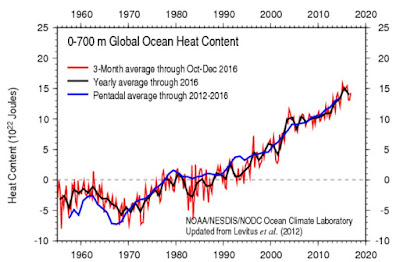 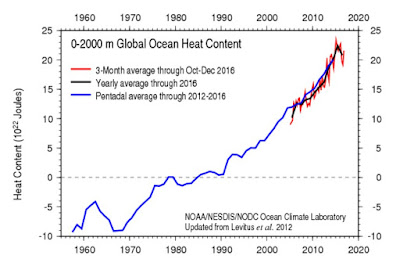