Global Warming Now Up to 1.1 C 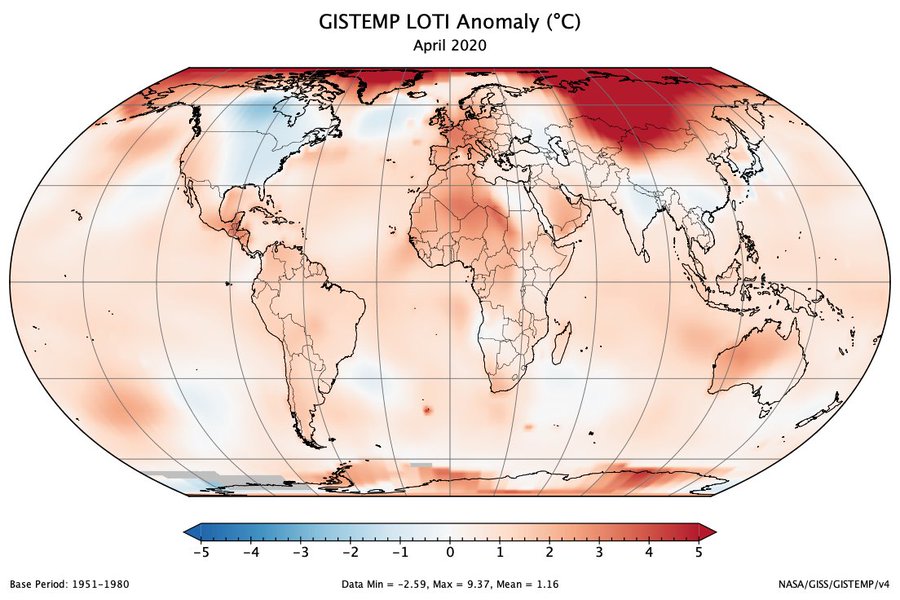 To two significant digits, NASA GISS's total global warming now rounds to 1.1°C. Gavin Schmidt says 2020 is not now virtually certain to be a top 3 year (since 1880) and the 6th consecutive year with an anomaly greater than 1°C.

--
NOAA found April to be the 2nd warmest of all Aprils since 1880, the same period as GISS. Their total warming also now rounds to 1.1°C.