Australia: Power from Coal Down Sharply


A government analysis on Thursday showed that electricity generated by highly polluting coal-fired power plants had fallen 14 per cent since the introduction of the tax, while renewable power had soared. 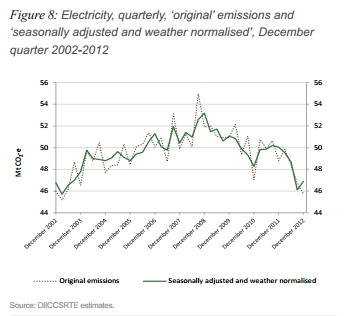 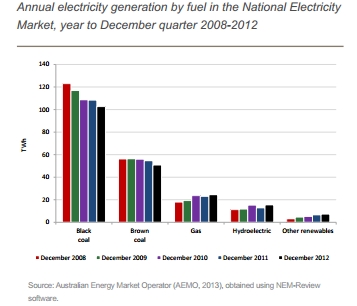 The report says, "Generation  from other renewables continues to grow, increasing by 10.1%, from a proportionately small base."

Of course the Australian carbon tax is still very contentious, with the opposition committed to doing away with it. In it place they are apparently proposing magic:

The most contentious feature of the Coalition's climate policy is its reliance on using soils to store carbon for about 60 per cent of emissions reductions. It is mocked as ''soil magic'' by some. Members of the independent Climate Commission have warned that soil sequestration will not solve the climate change problem.