Do We Really Have a Headless Chicken Problem? 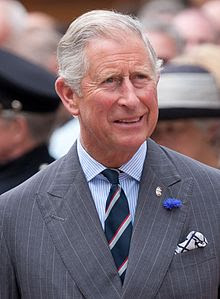 Do we really have a headless chicken problem? Prince Charles seems to think we do:


The Prince of Wales has launched an attack on climate change sceptics, describing them as the "headless chicken brigade" and accusing "powerful groups of deniers" of engaging in intimidation.

Headless chicken? Must be a British thing....

(Aside 1: Can't someone get this guy a throne somewhere? It's got to be very frustrating, 65 years old already, having spent the vast majority of your life waiting for your mother to die.)

(Aside 2: My grandmother once told me about, when growing up in Jeannette, PA, her own grandmother who cut a chicken's head off and hung if over the clothesline to bleed out, only to have to headless chicken take off flying down the street....)


"It is baffling, I must say, that in our modern world we have such blind trust in science and technology that we all accept what science tells us about everything - until, that is, it comes to climate science," the prince said in a speech on Thursday evening.

This is even weirder.... Is it just me, or is the Prince saying we should have the same blind trust in climate scientists that have in all other scientists?

Do we have to have blind trust in anyone?

Poor Chuck has been writing his own speeches again I fear. To "run around like a headless chicken" is to panic in a completely useless and spectacularly blunderingly random way...which does not at all describe the community of those people skeptical of the extent of man-made global warming and opposed to the present energy policies.
A poorly chosen figure of speech, that is all. We all know what he was trying to say, whether we agree with the twit or not.