US CO2 Emissions Reverses Trend in 2013

The reduction in energy-related CO2 emissions failed to continue into 2013, as U.S. emissions were up an estimated 2 percent from 2012: 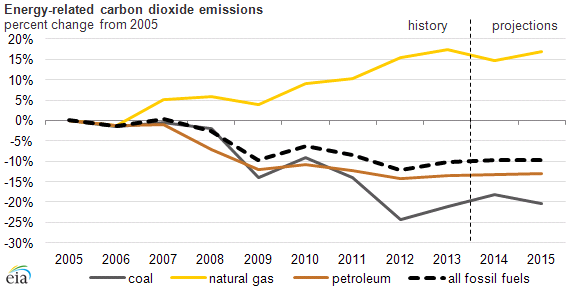 
Carbon dioxide emissions from the nation’s energy sector rose about 2% in 2013 after declining for several years, federal energy officials reported Monday.
The reversal came because power plants last year burned more coal to generate electricity, after years in which natural gas accounted for an increasing share of the nation’s electricity, according to the U.S. Energy Information Administration, the analytical branch of the Department of Energy.

Here are US per capita emissions since 1973:

If only Obama was more effective at killing jobs and crushing our economy, then our CO2 levels could be reduced even more!!!