UAH's calculation of the average temperature anomaly of the lower troposphere for February is the largest ever seen in their records, +0.83°C. 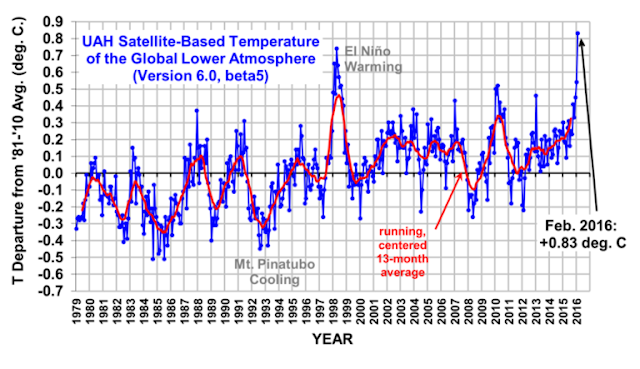 That kills the "pause," which was always a cheery-picked construction anyway -- the interval was chosen for the result it gave, not because that interval had some scientific or climatological signifiance.

Here's the warming from any point in the past to the present; error bars are the 95% confidence limits, no autocorrelation:

Finally, here's the length of the pause, in years, defined as the time between the last data point and the earliest starting point which gave a negative trend. Data points before Jan 2012 were calculated only annually. 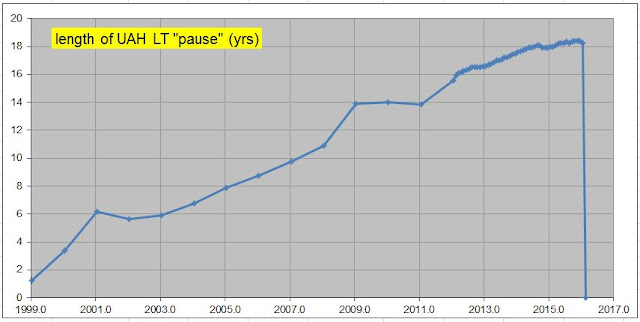 What's a denier to do? They could note that a quadratic fit to the UAH LT record is slightly better than a linear fit, and it's concave down. 'Course, such a fit, if projected into the future, implies that at some point temperatures will be below absolute zero, but why start getting all scientific at this point?

Good link. But I'm not sure about Spencer -- he stop used his third-order polynomial fit for "entertainment" a few months after I wrote this post: