Another Sleazy Photoshop from Pierre Gosselin

When last we met Pierre Gosselin, a climate change denier in Germany who blogs at NoTricksZone.com, he was photoshopping pictures of the German countryside, adding fake wind turbines in order to conclude "Shocking Before-And-After Photos: How Wind Parks Are Devastating Idyllic German Countryside!"

Now he's add it again, photoshopping a screenshot of a famous James Hansen paper to try to make it look corrupt, provided by someone named Kenneth Richard: 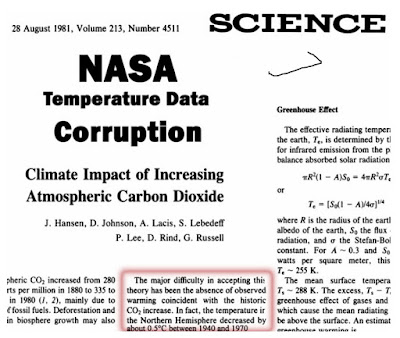 And here's the actual Hansen paper: 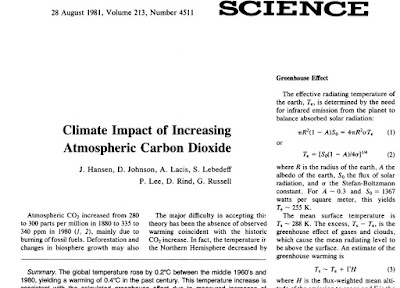 Sure, the photoshop is obvious to me and you. (And more than the title has been altered.) But to other readers of his blog? New readers? To the worst kind of deniers?

What I can't understand is why a blogger thinks he can alter pictures and documents and still retain any credibility whatsoever.

This is what I have been telling readers of climate change denial blogs for years, the blog owners are deceiving you. Not only that, first they deceive their readers then ask for money so they can keep deceiving them!

Can't really see the problem here. The text is correct - it's just been moved up to fit in that cut-out.

Maybe because they highlight the motivation for the work and. It it's results ?? ...

Only one word in my book: scumbag.

Ah, perhaps you mean the "NASA Temperature Data Corruption" part. I didn't even think about that because it was so obviously not from the original paper. Very curious that he chose to edit the screengrab like that though.