President Obama, campaigning in Virginia for Terry McAuliffe, gives a shout out to Michael Mann:

The race has tightened a little in recent days (ruining the hockey stick), but it still looks like McAuliffe is going to win easily. A few points of that win may well be due to Cuccinelli's campaign against Mann and climate science, which is a win (for both) no matter how you look at it. 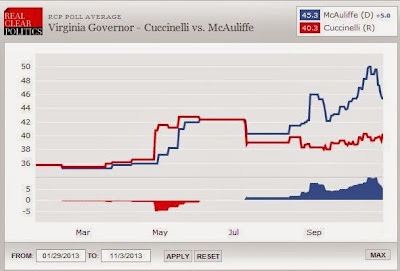