The Relativity of Wrong

Here's a great thought from a 1989 essay ("The Relativity of Wrong") by Isaac Asimov, inspired by a letter he received from a reader:


The young specialist in English Lit, having quoted me, went on to lecture me severely on the fact that in every century people have thought they understood the universe at last, and in every century they were proved to be wrong. It follows that the one thing we can say about our modern "knowledge" is that it is wrong. The young man then quoted with approval what Socrates had said on learning that the Delphic oracle had proclaimed him the wisest man in Greece. "If I am the wisest man," said Socrates, "it is because I alone know that I know nothing." the implication was that I was very foolish because I was under the impression I knew a great deal.

(The Earth is an oblate spheroid, a little squashed at its poles.)

I see a lot of deniers write "Climate models have been proven wrong" because they didn't predict the hiatus*. And the quick answer is that all models are wrong, but some are useful.

A more detailed answer is, compared to what? They're much better than doing the calculations by hand, or by merely guessing it's all the Sun due to a few correlations. 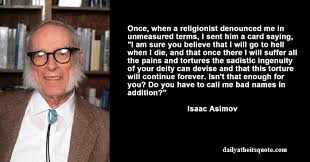 * First, models don't predict, they project. To predict they'd need to know the future, for ENSOs, volcanic eruptions, solar changes, shifts in ocean cycles, GHG emissions pathways, and aerosol emissions. (For volcanoes and aerosols, youi need to know not only the amount, but the locations too, because how much they reflect sunlight depends on their latitude.)
How are modelers supposed to divine the future?
But over the long-term, these things average out to zero, or peter out to zero, or are small compared to other factors (like GHGs). So if you make an educated guess at the future emissions of GHGs and aerosols, you can get a good, usable answer out of climate models. Not perfect, sorry, but useful.
Climate models will never be "proven wrong." They will, as they have been, be ever more refined on the basis of observations compared to their projections.
And, it will never be "proven wrong" that CO2 is a significant greenhouse gas. Sorry. Nothing in climate science makes sense if it isn't. And the absorption spectrum of CO2 has been the same throughout the history of the Universe (or the Multiuniverse, or parallel universes, or the future Universe**). 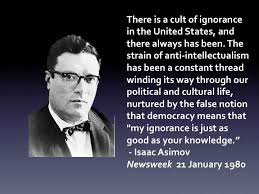 ** Unless the fine-structure constant changes with time, but that's been ruled out to about 1 part in 1017.***.

**** Unless an huge asteroid or planet hits the Earth first and breaks it into pieces, as probably happened long ago, leading to the formation of the Moon*****.