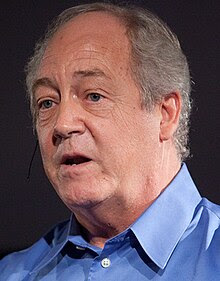 This is interesting.... It's from a 2006 op-ed in the Washington Post by none other than ex-Greenpeace member Patrick Moore:


"In the early 1970s when I helped found Greenpeace, I believed that nuclear energy was synonymous with nuclear holocaust, as did most of my compatriots. That's the conviction that inspired Greenpeace's first voyage up the spectacular rocky northwest coast to protest the testing of U.S. hydrogen bombs in Alaska's Aleutian Islands. Thirty years on, my views have changed, and the rest of the environmental movement needs to update its views, too, because nuclear energy may just be the energy source that can save our planet from another possible disaster: catastrophic climate change."


"Look at it this way: More than 600 coal-fired electric plants in the United States produce 36 percent of U.S. emissions -- or nearly 10 percent of global emissions -- of CO2, the primary greenhouse gas responsible for climate change."

Compare that to Moore's 2/25/14 Congressional testimony, when he said


"There is no scientific proof that human emissions of carbon dioxide (CO2) are the  dominant cause of the minor warming of the Earth’s atmosphere over the past 100  years." [video]


"When I attended the Kyoto climate meeting in Montreal last December, I spoke to a packed house on the question of a sustainable energy future. I argued that the only way to reduce fossil fuel emissions from electrical production is through an aggressive program of renewable energy sources (hydroelectric, geothermal heat pumps, wind, etc.) plus nuclear."

His Washington Post op-ed was published April 16, 2006. Yet just a year later Jon Henley wrote in The Guardian


...he [Moore] wrote last year to the Royal Society arguing there was "no scientific proof" that mankind was causing global warming....

So what changed? As if you have to ask: in 2006 Moore became a co-chair of the "Clean and Safe Energy Coalition (CSEC)," which, as Media Matters wrote in 2007:


Moore is co-chair and paid spokesman for the Clean and Safe Energy Coalition (CSEC), which describes itself as "a large grassroots coalition that united unlikely allies across the business, environmental, academic, consumer and labor community to support nuclear energy." In fact, as the Columbia Journalism Review reported, CSEC was formed by the Nuclear Energy Institute in 2006 and continues to receive most of its funding from that body. NEI is the policy organization of the nuclear energy and technology industry, and seeks to "promote the beneficial uses of nuclear energy and technologies in the United States and around the world."

Not surprisingly, Moore gets called a lot of names from people who knew him. Again from Wired:


Moore's enemies have a simpler explanation for his conversion: revenge. After all, he left Greenpeace amid complaints about an autocratic leadership style and abrasive personality. When it became obvious that he lacked enough votes to keep his seat on the board of directors, he went off to farm fish. When that didn't work out, he joined the loggers.

And then there's money. Even 18 years after he left Greenpeace, Moore's business relationships with polluters and clear-cutters elicit disgust from his erstwhile comrades. "He'll whore himself to anything to make a buck," says Paul George, founder of the Western Canada Wildlife Committee. In an email, former Greenpeace director Paul Watson charges, "You're a corporate whore, Pat, an eco-Judas, a lowlife bottom-sucking parasite who has grown rich from sacrificing environmentalist principles for plain old money."