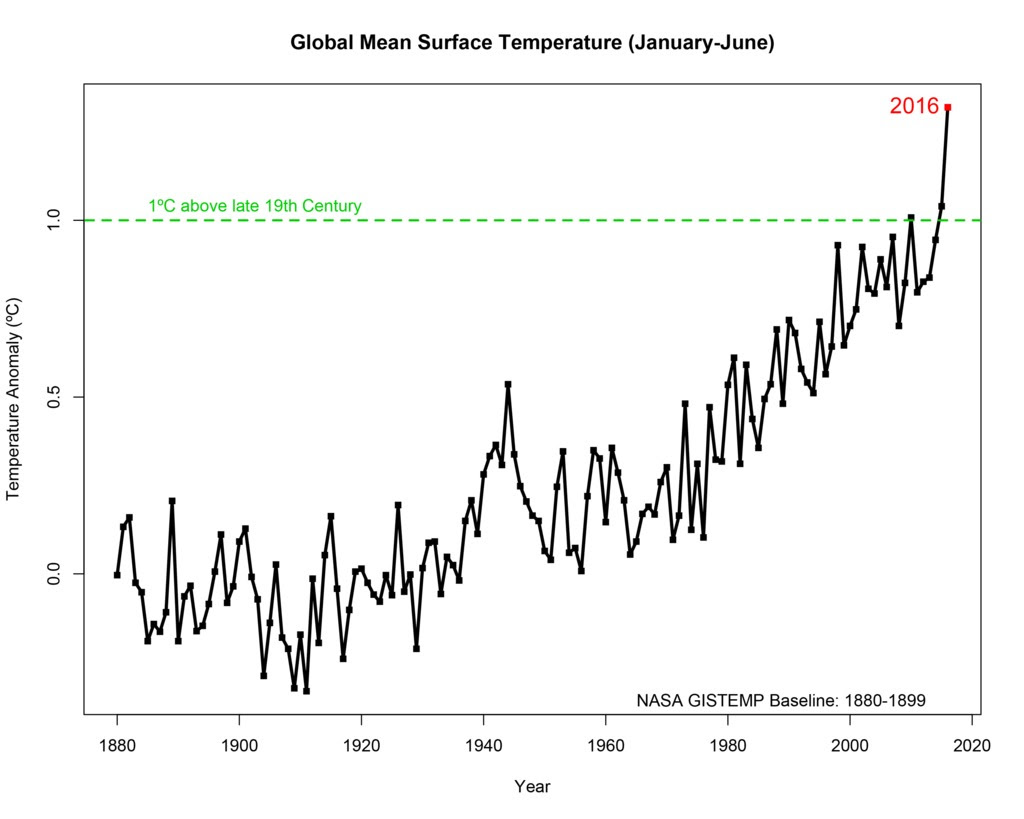 On a NASA teleconference, Gavin Schmidt, Director of GISS, said this record is "Not solely due to El Nino event." GISS calculates about 40% of record is due to El Nino and 60% due to other factors, including very, very strong Arctic warming."

Other things he said:

"The trend is very clear, and it's due to greenhouse gases."

"May have some cooling in coming years, but the trends are going to continue, obviously."

"No statistically robust that there is a strong acceleration" of warming. [Natural noise too hard to disaggregate. Natural trends pretty stable....] "It's premature to talk about acceleration in the 21st century." 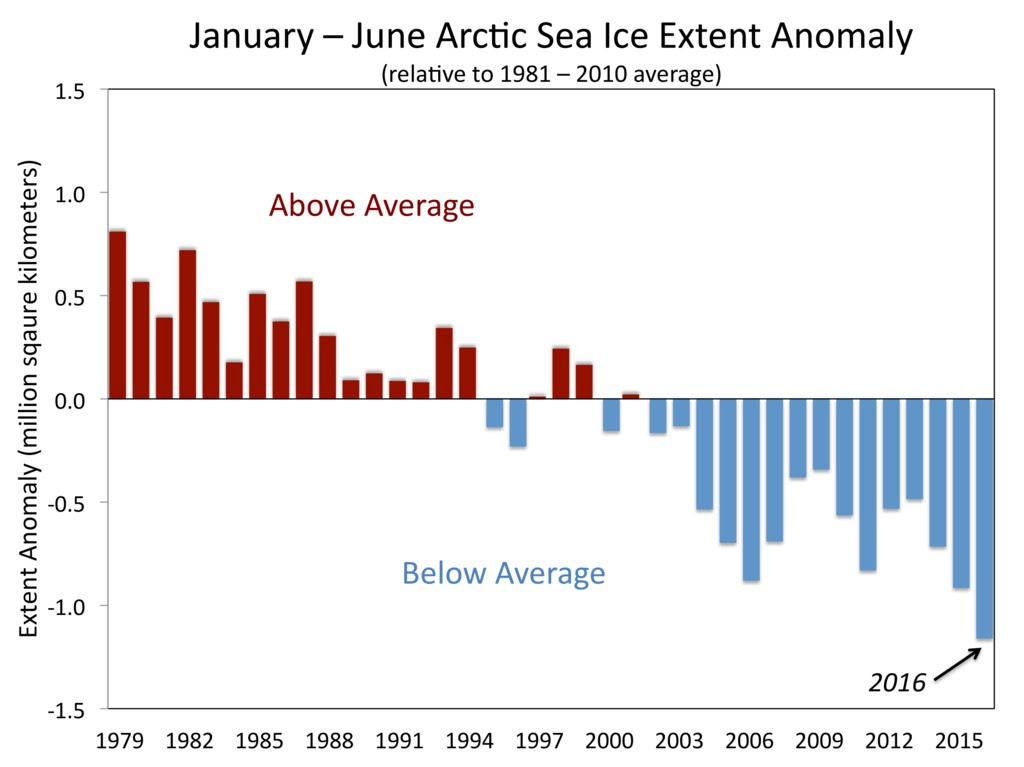 Because the Antarctic is a very different place than the Arctic. And it's so isolated it doesn't have the repercussions that Arctic melting does.

and that doesn't include the big decline in Antarctic sea ice this year.

My guess it is going to take a long time for the Antarctic to warm up enough to affect it's sea ice extent. It is becoming clear that the Arctic has crossed some sort of threshold; it stands to reason the Antarctic will take longer to cross the same threshold.

David, your last comment needs to be emphasized. Warming of the Southern Ocean results in penetration of warmer waters below the ice sheets extending from the continental land mass into the ocean, thinning these sheets and decreasing ice volume and the stability of the ice sheet. Warming of the Southern Ocean also results in greater water vapor pressure, which then results in increased precipitation in the Antarctic highlands. So accretion of land-based ice and depletion of ice sheets extending into the ocean are both results of global warming. And yes, the amount of ice surrounding Antarctica is a small fraction of Arctic sea ice. The absence of a land mass in the Arctic Ocean makes a very significant difference.

If you take into account slumping of ice into the ocean I believe you will discover why Antarctica appears to be staying relatively stable.