Here's an interesting site by the cofounders of Instagram (according to The Verge), apparently still coding despite being super rich after being bought by Facebook for $1 B in 2012:

It gives the latest Rt numbers for each state, where Rt is "the average number of people who become infected by an infectious person." Only thing is, it can be a couple/three days behind. For example 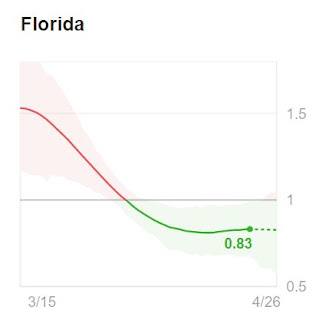 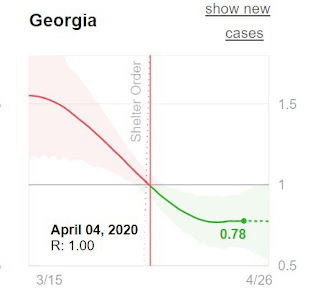 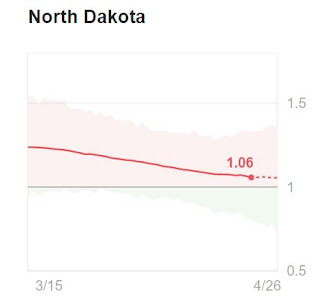 Here is all states combined. By this view, things don't look too bad (I guess?).

There's better resolution on the site itself. (Of course, any site has better image resolution than Blogger. Too late to switch now.)
Posted by David Appell at 4/29/2020 10:54:00 AM

Not sure if you've seen this one: 91-Divoc

Oh, that's a nice site, thanks.

Just learned about this one for US and state data: