Another Death at Trump's Riot

There was another death at the Capitol Riot on 1/6 that's just come to light, a woman named Roseanne Boyland who was crushed to death by the pro-Trump mob surging against the police. The NY Times has some video about it, including one that shows two people attempting CPR and then dragging her to safety.

She's somewhere under this pile, slightly left of center. Except for the building and the hockey stick, this almost looks like something from the Battle of Agincourt, except there there was a bit of a sense of chivalry. 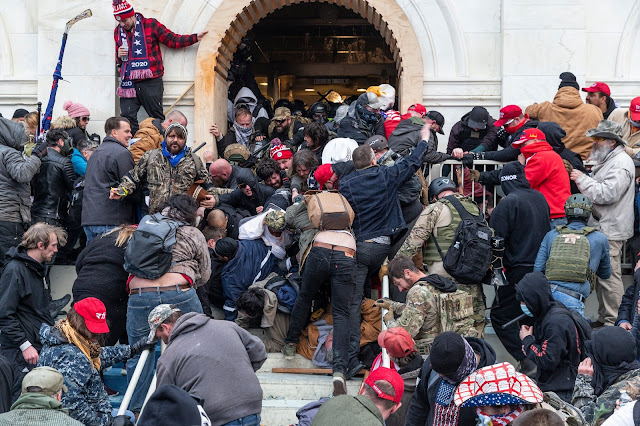 The insurrectionists to the capitol police: "There's a fucking million of us out there—and we are listening to Trump, your boss."

Also to each other, while pilfering through members documents on the senate floor: "I think Cruz would want us to do this... So I think we’re good."