NOAA Now Shows No Pause at All

NOAA found this May to be the warmest May on record, and the 4th-warmest (compared to its baseline) of any month since 1880.

Some people like to say there's been no warming for "19 years." NOAA finds 0.24°C of surface warming in that time period. That's 0.43°F if you need it in English American.

According to my spreadsheet, from April to May there were changes throughout the NOAA dataset, some quite large: 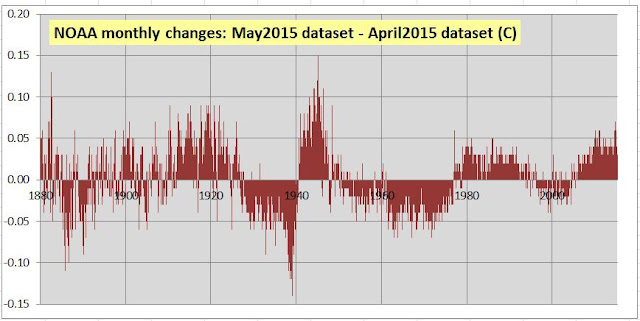 However, there was no change in the long-term trend. The total trend with April's version of the dataset was +0.0657°C/decade; with the new May dataset, +0.0660°C/decade. So there was very little change in the overall trend, just +0.0003°C/decade, but they're the same within the statistical error bars of σ = 0.0011°C/decade.

I don't know how this squares with the Karl et al paper released two weeks. However, I do get essentially the same old and new trends as they gave in their paper (circles=old, squares=new): 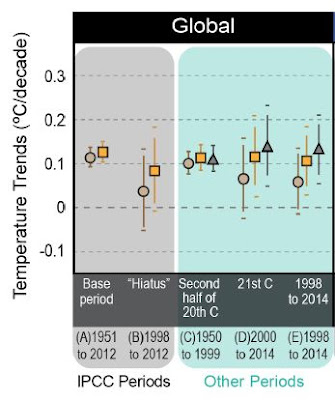