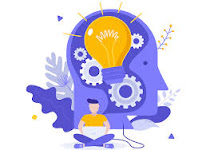 And isn't THIS typical of our fubar situation??

"WASHINGTON, D.C. -- Six in seven Americans think there is at least a fair amount of political bias in news coverage in general, and over half say the same of the news source they rely on most, according to a recent Gallup/Knight Foundation study. Yet 69% of Americans say they are more concerned about bias in the news other people consume than its presence in their own news (29%)."
The inability to think critically is American's greatest fault.
Posted by David Appell at 9/10/2020 04:17:00 PM

This result is almost automatic. Naturally people choose to follow news source that they think are accurate. If they didn't think a source was accurate, they wouldn't rely on it.

This isn't automatic. People should be smart enough to see through this.

The US citizenry gets a deep failing grade in media literacy.

David, most people know there is bias in reporting, they just think that they are smart enough to see through it while other people are not.

David - Do you give yourself a deep failing grade in media literacy?
Thomas - do you think you are smart enough to see thorough media bias, while others do not?

Correction - I should have written

Thomas - do you think you are NOT smart enough to see thorough media bias?

DiC, on a few issues I have studied a bit I think I can see through media bias, but on many controvrsial issues I have come to believe that there is no way for a normal person to find the truth among the conflicting stories. On an issue like Global Warming there s a basis in science, but how do you understand something lke the conflict in Syria where basically everyone on the ground who can do first hand reportng belong to one of the sides?

The most subtle bias is also the one you don't see. The choice of which stories that are considered newsworthy and what is ignored.

People prefer news sources which tell them what they want to hear, rather than what they need to know.