According to NOAA, the last 12 months in the continental US have been the warmest since their records began:

What the heck is going on with Arctic sea ice? 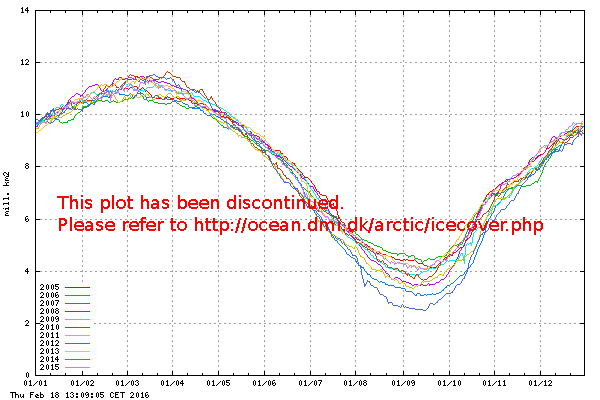 Neven covers Arctic sea ice better than anyone, so you can read this about PIOMAS for April. He also has an interesting post about a study that says only the enhanced greenhouse effect can explain the decline of Arctic ice. And here's their concise explanation of why Antarctica is different:


In the Antarctic, the situation is different. Here, the sea-ice cover is slightly increasing. This increase is clearly incompatible with greenhouse gas concentration being the main driver for the sea-ice evolution down South. The major reason for this discrepancy lies in the different land-mass distributions, the scientists find. In the Arctic Ocean, the ice is virtually locked by the surrounding land masses, and its extent is primarily governed by its melting and freezing. Therefore, greenhouse gases play such an important role up in the high North. In the Antarctic, by contrast, the sea ice is free to drift around in the open Southern Ocean. Hence, the ice extent there is primarily governed by the prevailing wind patterns. "Our results show that greenhouse gas concentration is currently not a major driver for sea-ice extent in the Southern Ocean, where winds and currents clearly are more important," explains Marotzke. "In the land-locked Arctic Ocean, however, greenhouse gas concentration appears to play the dominating role for the observed sea-ice evolution."