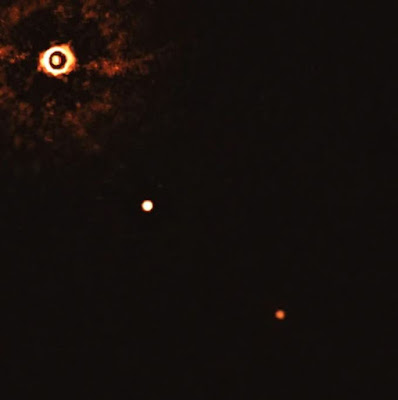 This is the first ever image taken of two planets orbiting another star.

The star is located about 300 light-years from Earth in the constellation Musca in the southern sky, and is about one solar mass. But the two planets are exotic -- orbiting at four and eight times Pluto's distance from our sun. Both are huge -- the inner one is 14 times Jupiter's mass, and the outer one is 6 times.