This is really striking: 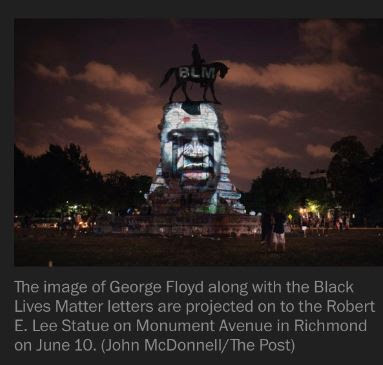 However, there's something sick about setting up as heroes some criminals who happen to be victims -- people like Trayvon Martin, Michael Brown and George Floyd. I don't like to think of how I and other Jews would turn out if we were raised to admire Meyer Lansky and Bugsy Siegel instead of Albert Einstein.

I'm sure that some of the Jews murdered in Nazi concentration camps had at some point in their prior lives committed a crime, some more than one, some a serious one. Does that mean their families cannot mourn their lives? Should there be asterisks at Holocaust memorials with a list of their names, saying the memorial does not pertain to them?

David - Family mourning is one thing. What I'm talking about is creeps like Trayvon Martin, Michael Brown and George Floyd being held up as heroes in the black community.

E.g., the link describes a Trayvon Martin memorial and a posthumous aviation degree. Far better for black children to be taught to emulate black people of real achievement, of whom there are a great many.
https://www.google.com/search?q=trayvon+martin+memorial&rlz=1C1GGRV_enUS751US751&oq=trayvon+martin+memorial&aqs=chrome..69i57j0.8711j0j4&sourceid=chrome&ie=UTF-8

George Floyd is famous for being murdered by the police. You have entirely missed the point if you think his image is being projected on the statue to teach kids to emulate him. I'm not sure how you can have this so backwards.

Your subtext is "He had it coming", which shows a complete disregard for black lives.

Layzej - Regardless of the purpose, kids are being taught to emulate Floyd. There's no memorial to brilliant mathematician David Blackwell. There's no memorial to brilliant economist and pundit Thomas Sowell. There are memorials to Floyd and Michael Brown and Trayvon Martin. Kids are effectively being told that these people are their heroes. Black kids don't even know that Sowell and Blackwell exist.

Your idea of a "he had it coming subtext" shows that you and I are talking about different things. You're talking about the purpose of the memorial. I'm talking about what actually works to lift groups who are who are discriminated against and treated badly. Encouraging high achievement worked for the Asians, the Jews, the Irish, the Mormons, the Italians, etc. Real achievement is in the process of working for African Americans. However, achievement is held back when black kids are taught to admire victims instead of high achievers.

So because David considers someone a "creep" is enough of a reason for a vigilante to kill Trayvon Martin, and, David says, no one is allowed to remember the way he was killed?

And all those criminal Jews who died in concentration camps? Are they excluded from Holocaust memorials?

> Regardless of the purpose, kids are being taught to emulate Floyd.

What's your evidence of that?

Where is the memorial to ANY mathematician of any race?

And why Sowell? A lot of people consider him a right-wing goon who doesn't deserve a memorial. If you think he does maybe you should build it.

Regardless of the purpose, kids are being taught to emulate Floyd.

Get murdered by the police? Are you off your rocker? Ever seen a memorial on the side of the highway and thought, "gee, maybe I should get hit by a car too!"

Floyd is an ex-convict who was drunk and disorderly and was violently resisting arrest. He was not a good person, by objective standards. That doesn't justify killing him, of course. But, his criminal background and behavior are being soft-pedaled by the media.

IMHO memorials to police celebrate their courage and their service. These are indeed characteristics that children should be taught to emulate. Floyd did nothing that deserves to be emulated.

P.S. There are many memorials to Einstein. is fame was good for me. Even though I'm far from being another Einstein, the study of math made me a good actuary.

The mainstream media are actually biased left. Sowell became a "goon" to the media when he became right wing. I recommend you real some of his many, well-researched, thoughtful books. Look at his achievements on wikipedia. His writing and research are very impressive. In his early years, he got some coverage in the New York Times. However, he became persona non grata to the Times because he was such an effective spokesperson for conservative principles.

A similar thing happened to brilliant surgeon Ben Carson. He should be a hero to liberals -- a black man raised in poverty by a single parent who rose to the top of his profession. However, he's an active Republican, so he's just another goon to the liberal media. Clarence Thomas is another similar example.

I've read plenty of Sowell's columns. I think he's arrogant and preachy, and he talks down to people. He said Trump was obviously better than Obama, voted for Trump, and said he's seen no evidence of racism in Trump. No wonder the black community ignores him.

Ben Carson is an example of those few people who are very very good at one very specific thing, but otherwise can't keep his shoes tied, almost like a savant. He was very unimpressive on the campaign trail and is the same in the Cabinet.

A white police officer pulled his gun within 15 seconds of encountering George Floyd in a parked vehicle in May, prompting the 46-year-old black man to cry, panic and beg officers not to kill him during a harrowing ordeal revealed in police body camera videos released Wednesday.

The footage, captured by cameras worn by two of the four officers charged in Floyd’s May 25 death, presents an even more desperate scene than previously known. Floyd appeared visibly shaken and scared of police, whom he called “sir” and “Mr. Officer.” He moaned and begged for his life after they pinned him to the ground, a white officer’s knee at his throat for more than eight minutes.

Lane pulled his weapon on Floyd within 15 seconds of first approaching the blue SUV where Floyd sat in the driver’s seat. His body camera shows he twice tapped on the vehicle’s window with a flashlight. Floyd initially didn’t respond, but the second time, he looked over his shoulder and seemed startled to see Lane.

As Floyd started to open his door, Lane ordered him to stay in the car and drew his weapon. “Put your f---ing hands up right now!” he ordered, while aiming at him.

Floyd raised his hands and started to cry. He told Lane he had been shot by police before. Floyd then followed Lane’s order to place his hands on the wheel and leaned his forehead there, too, as he sobbed. Lane placed his gun back in the holster seconds later and ordered Floyd to step out of the car. The footage shows he did not explain why he was asking Floyd to step from the car or what he was investigating.

As Lane asked him to step out of the car, Floyd apologized several times and repeatedly asked the officer not to shoot him.

So awful and pathetic. The police did nothing to try to deescalate the situation.

David - Not surprised you're unimpressed with Sowell's columns. You don't agree with them.

However, political pundit columns are necessarily shallow, because they're short. To appreciate Sowell, read some of his books. They are impressive.

What do you consider Sowell's best book?

"Race and Culture, A World View" is a very important book. It's not as political as some of his other books. However, it's hard reading. What's important about this book is the extensive research showing that the culture of an ethnic group is a lot more important than most people realize. If policymakers understood Sowell's thesis, I think they would find more effective policies. This book is the first of his so-called culture series. (The importance of culture is one of his strong beliefs. Years ago, he wrote a brilliant critique of "The Bell Curve", faulting that book for paying too little attention to the importance of culture.)

"Charter Schools and Their Enemies" is another important book. It presents extensive data showing the value of charter schools, especially to the inner cities. His criticisms of education are painful to read

"The Vision of the Anointed: Self-Congratulation as a Basis for Social Policy" is more partisan. It gives an explanation of why well-meaning liberals support poorly chosen policies. If you decide to read it, you need to know that it's critical of people like you.

"Economic Facts and Fallacies" might be the best one to start with. It's not too long and it's not difficult reading. He argues in favor of certain economic principles that are more associated with conservatives than with liberals. However, his points are made so effectively that they're pretty convincing. You can learn something from this book. Of course, economics is his main field of expertise.

OK, thanks. No promises. I hardly ever read books about politics or race or culture. Mostly I read fiction or science: