Gorgeous views of Mt Chocorua in the White Mountains, from my friend Jim Diamond: 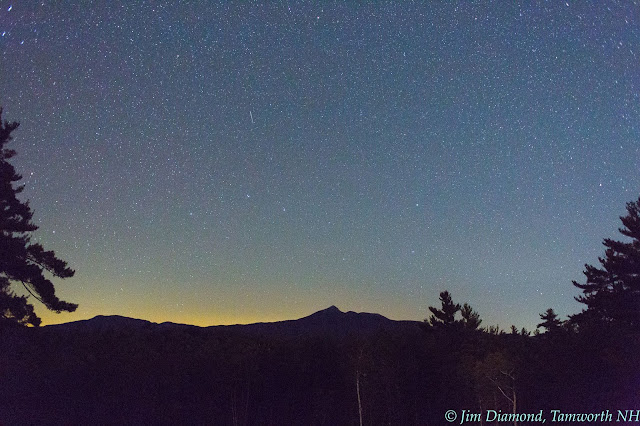 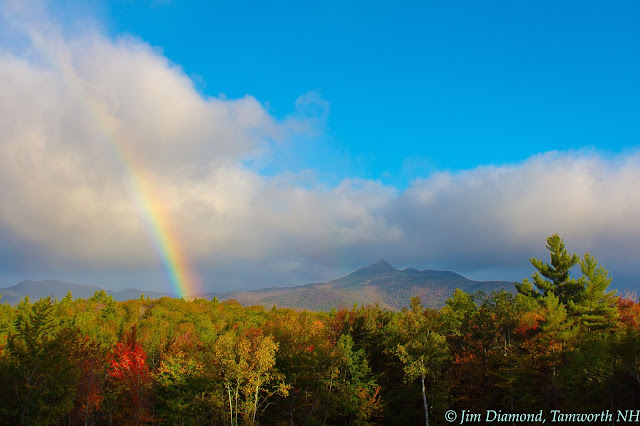 I love these. It's a great mountain to climb if you ever get the chance. I climbed to the top once, and tried a second time with a women on a first second date, but she was a slow hiker and we had to turn back before we reached the summit. It was late afternoon and I chose a shortcut to go down, which was a mistake as it wasn't a well-used trail. She was even slower coming down, and despite my pleading couldn't hurry up. The sun set on us and it began to get cold (it had been a sunny day in early November), and (another mistake) we didn't have a flashlight. At points I was quite worried we would be spending the night there in the woods, which would have been unpleasant but not life threatening (I'm pretty sure). I had been down the trail once before but I didn't know it well, but, I think, relying on some kind of trail instinct -- years of hiking on trails and having a sense of how they were laid out, how they twisted and turned through forests, past mounds and along streams and around rocks -- I figured the way out in the dark, about 3 miles. It was a big relief when we finally got out around 8 pm. (I'm very proud of this.) We didn't have a second third date.
Jim was a professor of chemistry from Linfield College here in Oregon, who I met because he read this blog, and we became good friends and often met for breakfast or lunch. He retired and moved with his wife to the northern side of Lake Winnipesaukee, just across the lake from where I lived on a mountain in Gilford from 1998-2003! I was supposed to go visit him this summer, but the pandemic squashed that. He sends this along with his pictures:
Photo details: All shot on a Canon Mark III EOS 5d, using a Canon EF 28 mm f/1.8 USM lens.
Thanks Jim.
Posted by David Appell at 10/11/2020 06:19:00 PM