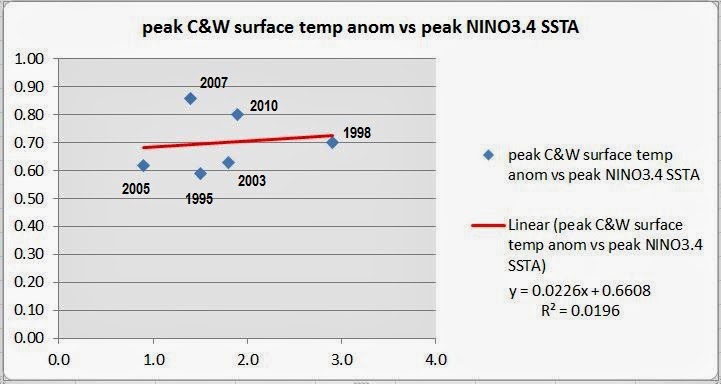 There's no correlation. Some recent El Ninos have caused even warmer surface temperatures than did the monster 1997-98 El Nino, even though the surface water in the equatorial Pacific never got as warm.

But some did not.

And of those that did, both (2007 and 2010), the latter happened despite the Pacific ocean being in the negative (cold) phase of the PDO.

So the current cold phase might not matter, as some have speculated.

But there is somewhat of a correlation between peak UAH lower tropospheric temperatures as a function of  peak Nino3.4 temperatures: 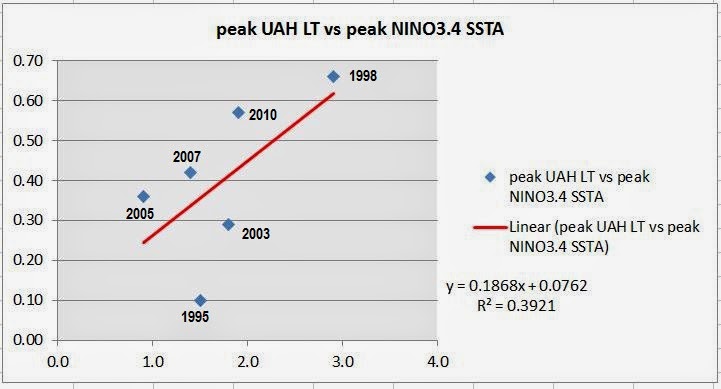 which is a little surprising, but the correlation between surface temperatures and lower tropospheric temperatures is not perfect (especially, it seems, after El Ninos):

(The correlation is only slightly better (R2 = 0.72) for a 1-month lag, and it degrades with higher lags after that.)