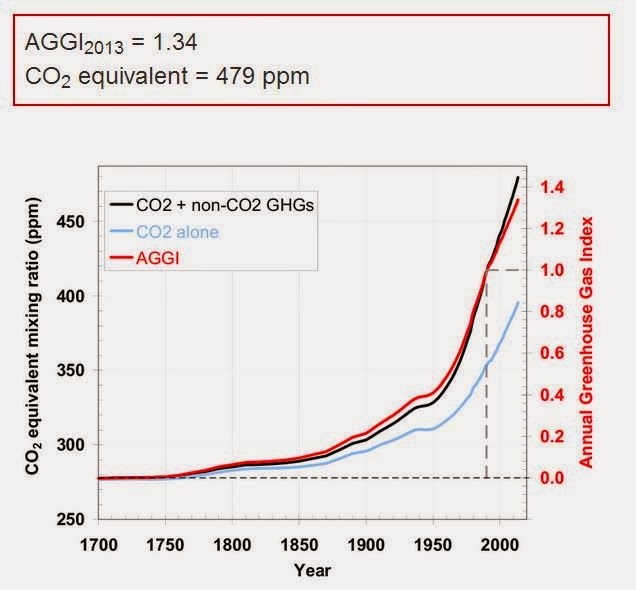 CDIAC -- which sounds like a disease, but is just NOAA's Carbon Dioxide Information Analysis Center -- just put up numbers for 2013 radiative forcings from all the greenhouse gases.

The CFC brothers, 11 and 12, continue to decrease, while methane and laughing gas continue apace.

Its annual increase was also the largest since 1998. Clearly that El Nino put a lot of extra CO2 into the air, as if someone left the ocean out like an open can of Coke to go flat. I suppose this year's will too.
Posted by David Appell at 5/01/2014 05:38:00 PM