Abstract
Three of the nine highest recorded water levels in the New York Harbor region have occurred since 2010 (March 2010, August 2011, and October 2012), and eight of the largest twenty have occurred since 1990. To investigate whether this cluster of high waters is a random occurrence or indicative of intensified storm tides, we recover archival tide gauge data back to 1844 and evaluate the trajectory of the annual maximum storm tide. Approximately half of long-term variance is anticorrelated with decadal-scale variations in the North Atlantic Oscillation, while long-term trends explain the remainder. The 10 year storm tide has increased by 0.28 m. Combined with a 0.44 m increase in local sea level since 1856, the 10 year flood level has increased by approximately 0.72 ± 0.25 m, and magnified the annual probability of overtopping the typical Manhattan seawall from less than 1% to about 20–25%. 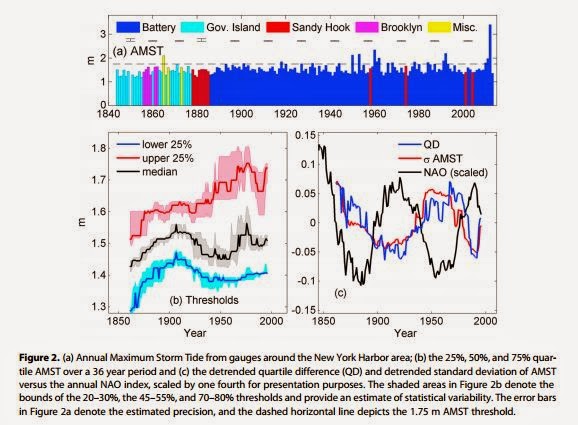 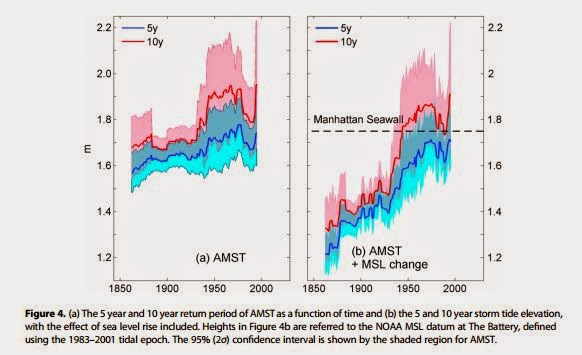