GISS: Last 5 Years are Warmest Ever

It's also the 12th-warmest of any month since 1880 (above its baselline value, of course).

The last 60 months are the warmest 5-year period in GISS's records. It also is for the lower troposphere, as measured by UAH. 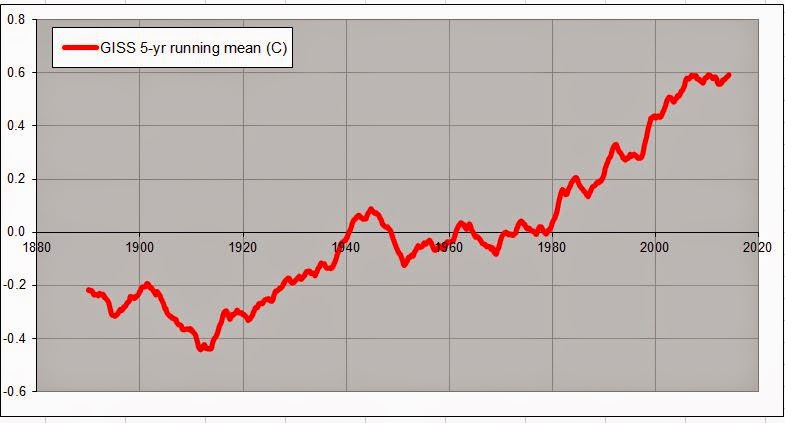