El Niño Having Trouble Getting it Up

Getting the Niño3.4 sea-surface temperature up, that is. This weeks' anomaly is just a tick above last week's, but nothing impressive: 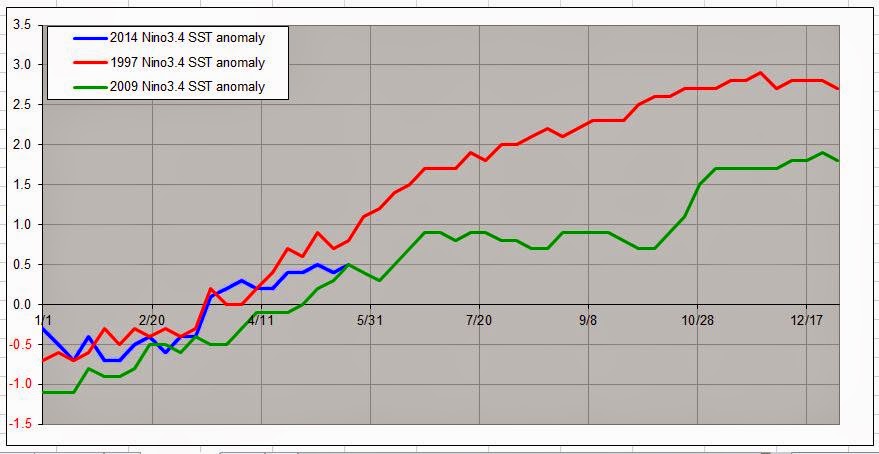 Though it is above the Great El Niño Fake-Out of 2012: 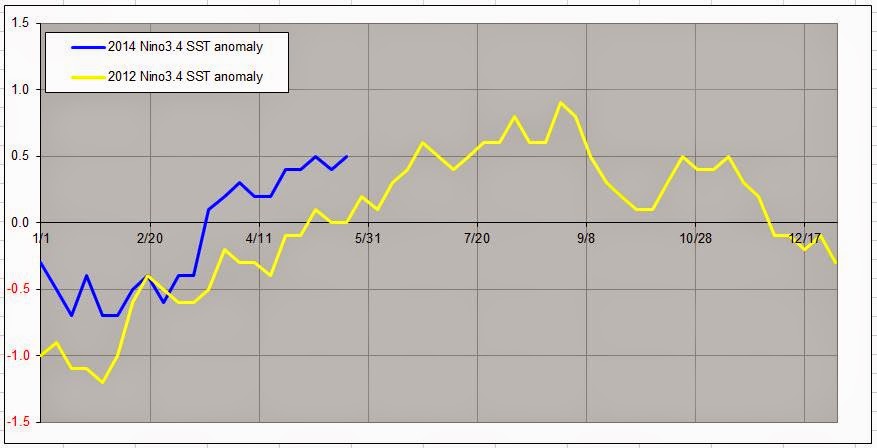 Another indicator of its weakness is the Southern Oscillation Index, which is proportional to the normalized barometric pressure difference between Tahiti and Darwin, Australia, and which correlates with ENSOs. The Queensland Government publishes it daily. 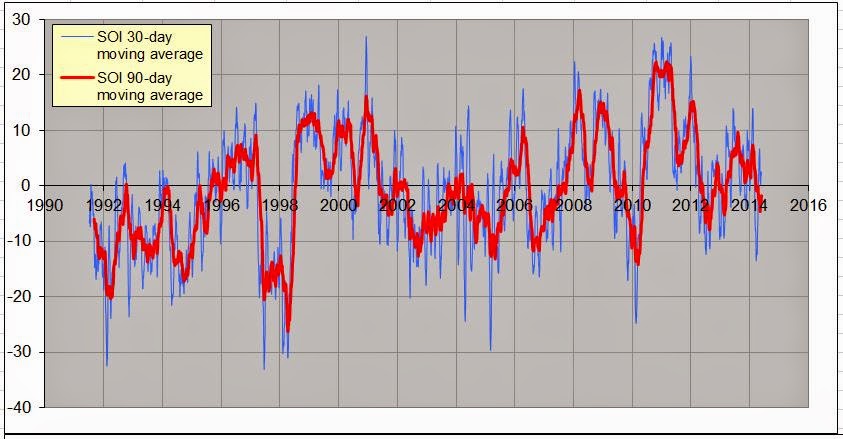 A closer look shows it just dawdling along, after its fake jaunt earlier this year: 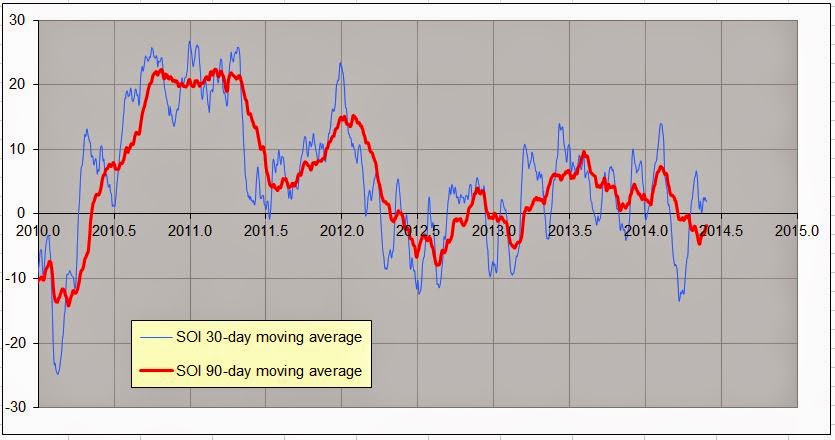 "El Niño Having Trouble Getting it Up"

Perhaps a dose of cliagra would help?

BTW: I commend your persistence over at Climate etc. I really don't know how you stand the gaff.