The 1983 Warning About West Antarctic Melting

A letter in the NY Times notes that the possibility of an unavoidable melting of the West Antarctic Ice Sheet was included in a 1981 assessment report:


Compounding the tragedy of the collapsing West Antarctic ice sheet is the fact that the possibility was foreseen more than three decades ago. It was, for example, one of the warnings in the 1981 climate change assessment issued by the Council on Environmental Quality during the Carter administration.

(The letter is written by the chairman of the Council on Environmental Quality from 1979 to 1981, and recalls this 1981 NY Times story on the report.)

I wasn't able to find a online copy of that report, but there is this 1983 report by the National Academy of Sciences, Changing Climate: Report of the Carbon Dioxide Assessment Committee, that includes this under the section "The Outlook: Sea Level, Antarctic, and Arctic" (click to enlarge): 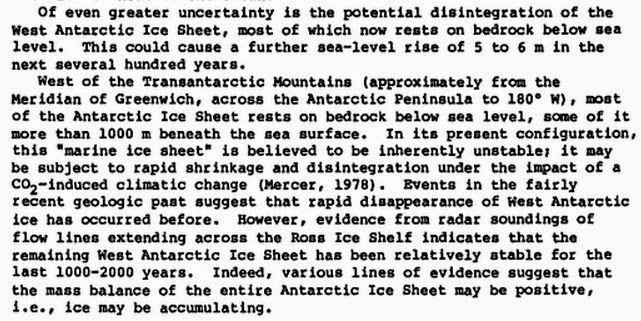 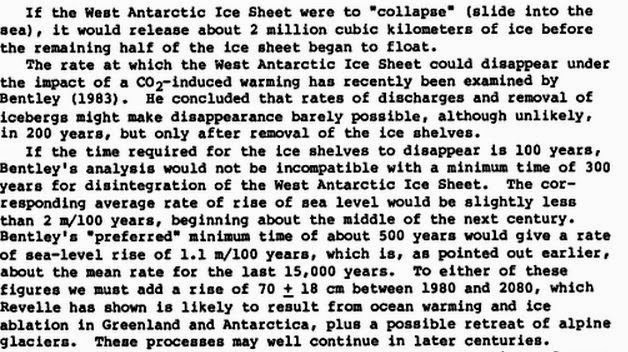 Maybe it's time to actually start listening to the reports climate scientists are working so hard to produce.
Posted by David Appell at 5/15/2014 10:02:00 AM